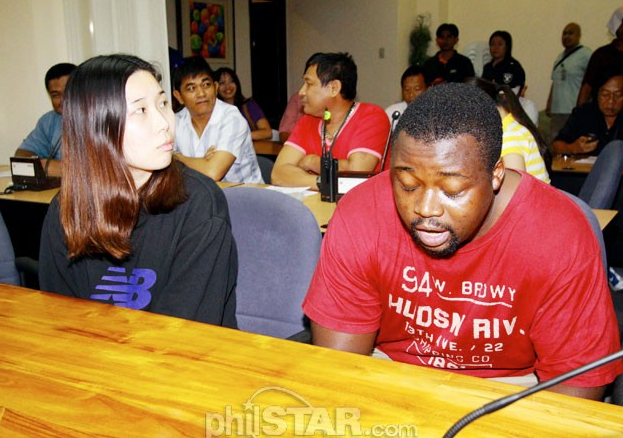 The Indonesian gov­ernment on Saturday executed two Nigeri­ans, Daniel Enemuo and Solomon Chibuike Oka­for, along with five others for drug trafficking. Others executed were from Brazil, Indonesia, Malawi, the Neth­erlands and Vietnam.

This is coming at a time when the Federal Government has summoned the Indonesian ambassador to Nigeria to reg­ister its protest as well as ask for the review of laws relat­ing to drug offences. Also, it comes at a time when 12 other Nigerians are on death row in Indonesia, having been con­victed of drug trafficking.

Speaking earlier, yester­day, on the execution of the two Nigerians, the Federal Government said although it respects the decision of the Indonesian government, the Asian country should review its laws guiding drug-related offences.

Minister of Foreign Affairs, Ambassador Aminu Wali, who spoke exclusively with Daily Sun in Abuja, urged the media to educate the citizenry on the consequences of engaging in illegal activities

He added that the public should know that inasmuch as the government feels bad about what happened to its na­tionals in Indonesia, Nigerians should see the implications of breaching laws in other coun­tries.

He stated: “Countries have got their laws and Indonesians are being executed for that kind of crime. No matter how much we love our nationals, they also love their nationals; but they still go on and kill them for the same offence.

“We are very sad and we are very unhappy that they were executed and we certain­ly feel bad about our nationals who were executed. But at the same time, diplomacy is a game that keeps going on, with ups and downs.”

Wali said in order to prevent future occurrence, the Federal Government would continue to plead with Indonesia to re­view its position on the type of punishment for drug offences.

A statement later issued by the Ministry of Foreign Affairs and signed by the spokesperson, Ogbole Amedu Ode, in Abuja said:

“The Fed­eral Government has received with huge disappointment, the tragic news of the execution by firing squad of two Nige­rians, Messers Solomon Chi­buike Okafor (alias Namaona Denils) and Daniels Enemuo, (alias Diarrassoube Mama­dou) by the government of Indonesia. The Nigerians were executed for drug offences at the Island of Nusakambangu in Cilacap, Central Java Prov­ince. Also executed with them were two women, one each from Indonesia and Vietnam, two Brazilians, and one Dutch national (The Netherlands).

“The executions were car­ried out despite persistent pleas for clemency made by the Federal Government, in­cluding the National Assem­bly. The executions had taken place against the grain of the excellent relations that subsist between Nigeria and Indone­sia.

“The Federal Government seizes this opportunity to ex­press its sympathy and con­dolences to the families of the deceased. It reiterates its ap­peal to all Nigerians to desist from drug trafficking, which attracts the capital punishment in Indonesia and in many other countries around the world.

“The government will con­tinue to engage the Indonesian authorities to negotiate and conclude a Prisoner Transfer Agreement that may enable other convicted Nigerians to return home to serve their prison terms. Thus, the F or­eign M inister has summoned the Indonesian Ambassador to register Nigeria’s protest.

“Meantime, it strongly ap­peals, once again, to the Indo­nesian authorities to exercise clemency for other 12 Nige­rians on the death row in the country.”