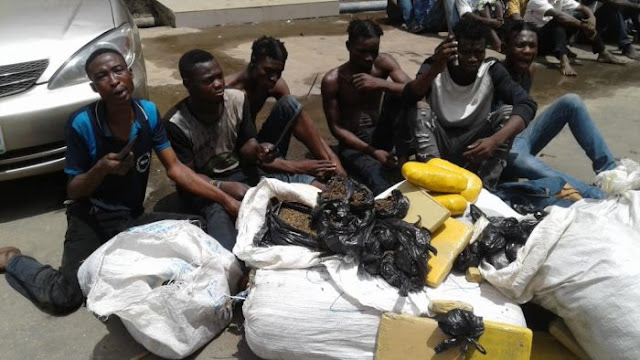 The Lagos State Mobile Court has sentenced 15 hoodlums to two years imprisonment in connection with Monday’s mayhem at Idi-Oro area of Mushin, Lagos.

The Lagos State Government had arraigned 39 out of the 68 arrested hoodlums by security operatives during the fracas.

Magistrate Tosin Ojuromi who presided over at the Lagos State Mobile Court in Oshodi sentenced 15 persons who pleaded guilty out of the 39 accused to 6 months/two years imprisonment with fine option ranging from N150,000 to N200, 000 respectively.

16 accused persons who pleaded not guilty were granted bail with two sureties (40 yrs above) in like sum of N250,000 each, evidence of three years tax clearance and must deposit N50,000 to the Lagos State Government. 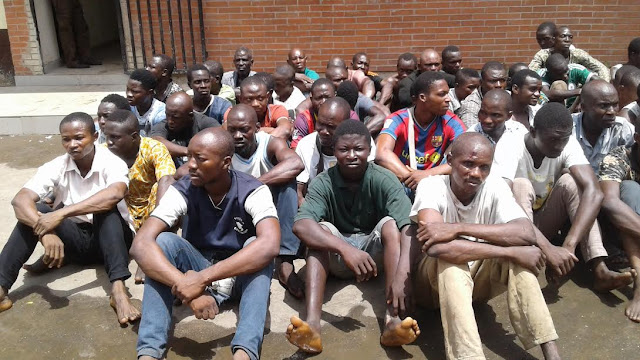 The remaining eight accused persons were discharged and acquitted by the court after proper identifications. Those who pleaded not guilty had their cases adjourned till Thursday, 25 May, 2017 for commencement of trials.

The Registrar of the Lagos State Mobile Court, Mr. Ibrahim Oseni disclosed after the court proceedings that the Lagos State Government provided free legal services for all the 36 accused persons through Barrister Abdulsalam Bashir from the Office of Public Defenders.

The court further pronounced that the recovered bags of weed suspected to be Indian hemp be immediately destroyed in the public with coverage.

Chairman of the Lagos State Task Force, Olayinka Egbeyemi had said that the 39 people arraigned in court were youth leaders and gang members from Alamutu Street and Akala Elegba boys.

He disclosed further that they engaged themselves in a free for all fight that resulted in the loss of lives with serious looting of valuable properties of innocent traders which included several food items like bags of rice, beans, palm oil, banana and burning of houses/shops around Idi-Oro.

The chairman stated that dangerous weapons recovered by security agencies during the fracas included” machets, axe, rods, cutlases, charms and six bags of weed suspected to be Indian hemp.