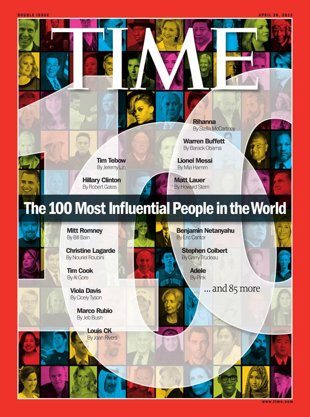 According to a recent compilation by Time Magazine. Below are the 100 most influential people in the world for year 2012. naijagists.com

Time Magazine’s 100 Most Influential People in The World

In another development, the President of Federal Republic of Nigeria, President Goodluck Ebele Jonathan has topped Time Magazine’s 100 Most Influential People In The World. 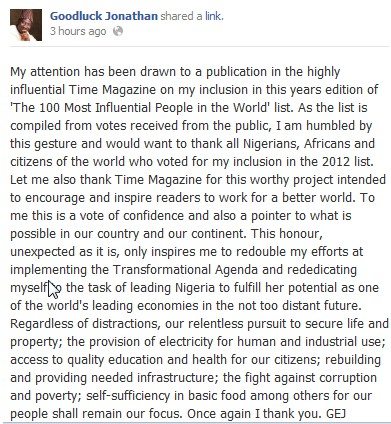 A big congrats to Mr President.

Continue Reading
You may also like...
Related Topics:100, 2012, influential, most, people, World

Is This Funke Akindele’s Fiance?
North Will Survive If Nigeria Breaks – Prof Ango