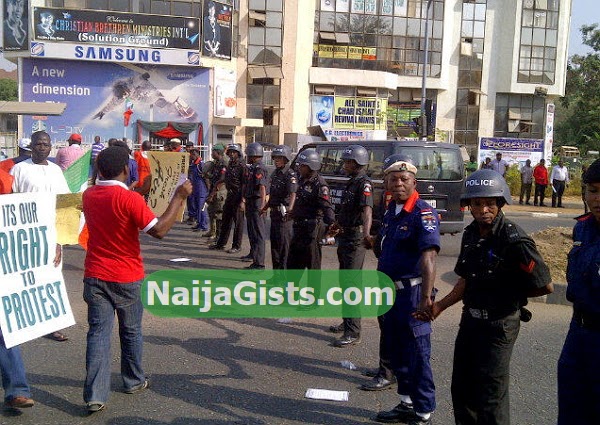 The Nigeria’s general election is only three months away as the election is slated for Mid February next year. Campaign and political activities have already started.

The independent national election commission has promised Nigerians free, fair and credible elections in 2015 and beyond.

The ruling Party, PDP is fielding the incumbent President Jonathan as its candidate. In opposition to the culture of democracy, the party at will chose its candidate without holding any primary election.

Recent development in Nigeria is sending signals that the ruling party with President Jonathan as its candidate is doing everything possible to retain power come 2015.

The level of impunity is increasing despite the fact that insurgency is biting harder on our dear nation. The recent closing of Nigeria’s parliament by the Police is a clear indication that the institutions of the state is behind President Jonathan. Also, the massive looting of public funds particularly the twenty billion dollars that was reported missing by the now former central bank of Nigeria governor is yet another plan by the ruling party to retain power desperately.

The international community should assist Nigeria in ensuring a free, fair and credible election elections next year.

Credible elections will bring credible leaders – which will in turn bring consistent development to Nigeria.

A prosperous Nigeria will be a prosperous west Africa in the short future.