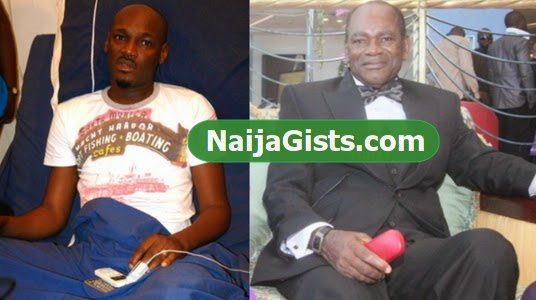 Star singer Innocent Ujah Idibia aka Tuface who lost his father last week after 2 years battle with cancer is still in shock.

According to a family source, the singer is traumatized by the sudden departure of his father, Mr Michael Idibia whom he shared a very close bond with.

Hear what the family insider said:  “It all began two years ago when he came down with cancer. Ever since he has been in and out of hospital. The family spent millions looking for a cure but all was to no avail. He fought a brave battle but The Lord gives and the Lord takes, he finally passed away last week and now Tuface is traumatised; he is yet to come to terms with the fact that his dad is dead because they shared a very close relationship.”

“We have done our best, now life contin­ues. I am going to miss dad for a long time to come,” 2face told close friends.