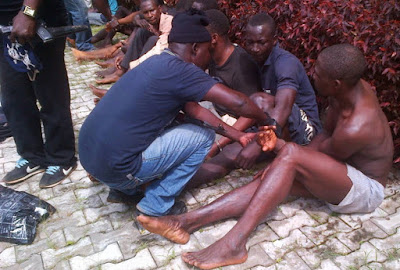 30 members of a two cult groups, Eiye and Aiye, who killed over 15 innocent people in Ijebu Ode have been arrested.

Ogun Police command picked up the suspected cult members at various locations in Ijebu Ode in the last one week.

It would be recalled that the entire city of Ijebu Ode has been under siege of cultists following crisis between two cult groups, Aiye and Eiye, which have resulted in the death of over 15 people in the town.