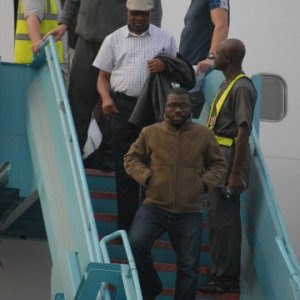 May 25, 2017 – 35 Nigerians Deported From UK: Stranded Deportees Given Transport Fare To Respective States

The deportees arrived Lagos Int’l Airport around 5:50am on Wednesday the 24th of May 2017.

DSP Alabi said all the deportees were profiled by the NIS and were each given a stipend to facilitate transportation to their respective states.

23 Nigerians were deported from UK on the 31st of March 2017 for similar reasons.