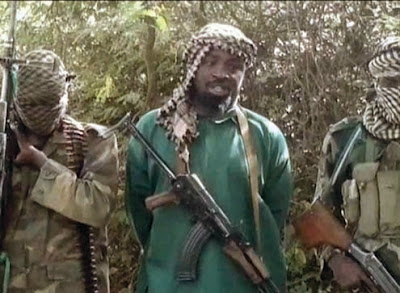 The residents of Gwange area of Maiduguri are now living in panic following the arrest of 4 boko haram members wearing women’ clothing to carry out attacks.

On Saturday, 4 terrorists wearing women clothings were caught as they tried to escape arrest.

Their arrest came as a result of pressure mounted on them in the area by the vigilante youths who have been seriously hunting for the sect members particularly in Gwange area of the metropolis. The sect members also wear women’s clothings to hide their weapons.

As a result of their arrest, Gwange residents have barred their women from going out in the evening.

Meet Zara Hartshorn, 16-Year-Old Girl With Woman Body (Photos)
Another Prisoner To Be Executed In Benin City Edo State As Governor Oshiomhole Gets Tough On Crime