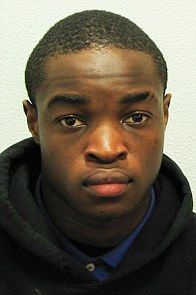 The case of a very sad murder that took place months ago at Victoria Station in London is now over with 4 Nigerian teenagers sentenced to life in prison for the murder of Sofyen Belamouadden.

According to the The Daily Mail UK, a 15 year old boy was hacked to death by a twenty man gang in London. All members of the Gang have been arrested and charged. 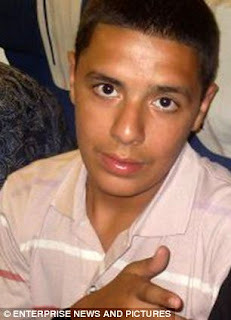 Sofyen Belamouadden had his life cut short at Victoria station in central London when he was chased and killed by the gang over youths.

Twenty teenagers were charged in connection with the attack, but three were cleared. Fifteen others have already been jailed for a total of 129 years.

Obi Nwokeh, 20, Christopher Omoregrie and Samson Odegbune, both 19, were given life sentences for murder last April with minimum terms of 18 years.
Victoria Osoteku, 20, the only female to be charged, was jailed for 12 years for manslaughter, along with three other youths.

This evil Oseteku was seen on CCTV kicking Sofyen in the head as he lay dying on the ground after the 12-second attack and also helped with buying the knives that were used in the fatal assault.

Sofyen was stabbed nine times in the body and suffered wounds to his heart, a lung and major blood vessels.

The victim had dreamed of playing football for England and his death has left his family devastated.

The attack was the horrific end of a minor confrontation the day before in the fast-food area of Victoria mainline station between pupils from the two schools, in which a youth received a bloodied nose.

Messages were sent by phone and on Facebook arranging the clash.

Sofyen died after being chased by about 20 pupils across the Terminus Way concourse and into the Underground station.

A youth led the charge with a Samurai sword. Others were armed with a flick knife and a Swiss army knife, machetes and screwdrivers.

Sofyen fell down the stairs into the ticket hall and was attacked on the ground by a smaller group.

15 thoughts on “4 Nigerian Teenagers Get Life In Prison For Gang-Killing In London, UK (Photos)”