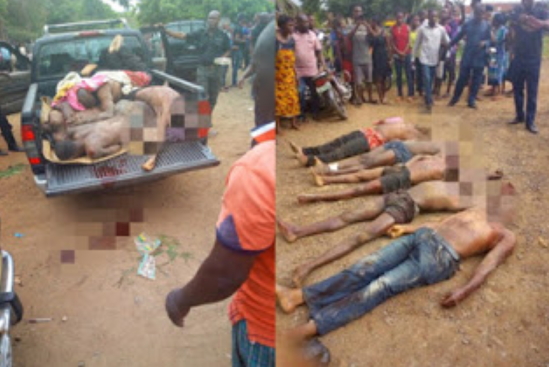 Ikom Division Police today killed 5 suspected kidnappers in Ikom LGA of Cross River State as they rescued a businesswoman known as Mrs Asimco who was kidnapped along Ogoja Road.

A group of gunmen had abducted the woman along Ogoja Road in Ikom and made away in a vehicle, but the police immediately gave chase into a forest in the area, following distress calls from members of the public.

When the police caught up with them, there was a gun battle, where five of the kidnappers were killed.

Police Public Relations Officer in the State, ASP, Irene Ugbo, confirmed the incident saying the corpses were being transported to Calabar, the State capital.

She said they also had other suspects, who were also being transported to Calabar.

“To members of the public, I would say the police is your friend. You should always give us information at the right time, so that we can do our job. We are always there for them 24 hours every day,” she said.