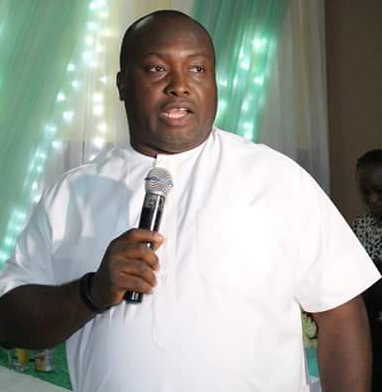 An Abuja High Court in Jabi on Thursday rejected the application of Ifeanyi Ubah, the chairman of Capital Oil to secure freedom from the custody of the State Security Service, SSS.

The ruling came after another court in Lagos said Mr. Ubah be released if he is not charged within 48 hours.

Mr. Ubah was arrested by the SSS on May 5, over alleged diversion of petrol kept in his tank farm in Lagos by the Nigerian National Petroleum Corporation (NNPC).

The NNPC had claimed that the petrol kept in Mr. Ubah’s farm valued at N11 billion, saying it was an attempt by the defendant to cause scarcity of the product in the country.

Justice Yusuf Halilu of FCT High court at the resumed hearing on the matter, granted the order following an ex-parte application brought before him by the Counsel to DSS, G. O. Agbadua.

According to Mr. Halilu, it is necessary to grant SSS application in the interest of justice to allow it carry out more investigations about the whole matter.

He said that the court had no power to disallow the agency from doing its work, stressing that the rule of law must prevail in the interest of justice.

The judge therefore granted the application for another more 14 days to allow the agency carryout more investigations about the matter, which it said was to ascertain the true position of the matter.

Mr. Halilu had earlier dismissed an application by Mr. Ubah praying the court to set aside its earlier order of May 10, which granted leave to DSS to detain the defendant in the agency custody.

“Nobody will stop the DSS from doing its work; the court has no power to grant such order by Ubah to release him conditionally or unconditionally.

“The DSS must always know that the rule of law thrive in this country, Ubah’s order was obtained lawfully but is hereby dismissed,’’ Halilu said.

Earlier, Ifeoma Esom, the Counsel to the defendant had also prayed the court to set aside it order of May 10 granting leave to the SSS to detain Mr. Ubah.