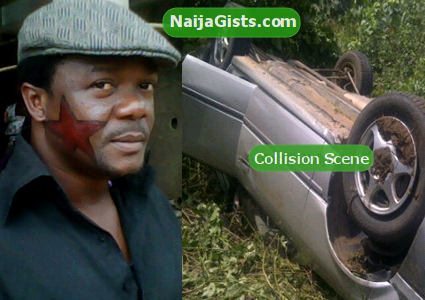 Nollywood actor Kelvin Ikeduba is happy to be alive today after he escaped a tragic car accident that almost claimed his life on Saturday afternoon while he was traveling from Ibadan to Abeokuta.

Contrary to initial report that claims Kelvin Ikeduba is dead, we can authoritatively confirm that the actor is still alive.

He was rushed to an undisclosed hospital by some good Samaritans at the car crash scene.

Keep in touch with NaijaGists.com as we monitor this developing news story.

Thank God another disaster in Nollywood has been averted.

Join Us On Facebook @ https://www.facebook.com/naijagists for timely news updates.