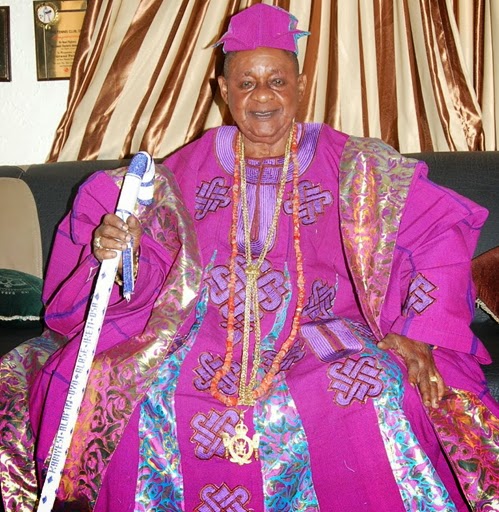 Subjects of the Alaafin of Oyo, Oba Lamidi Olayiwola Adeyemi III, are seething with anger over what has been described as a barbaric midnight invasion of the homes of the sons of the monarch by a group of policemen from the Oyo State Police Command.

The action of the police arose from a dispute over a plot of land in the Elere area of Sabo, Oyo, said to belong to the Alaafin, which was allegedly trespassed on by a certain man, whose name was given as Olawoyin.

Olawoyin, Sunday Sun gathered, allegedly leased out portions of it to some individuals. Disturbed by the affront, the Alaafin instituted a case against Olawoyin at the Chief Magistrate court. The court ordered both parties should maintain the status quo pending the determination of the suit.

Rather than obey the order, Olawoyin allegedly refused to vacate the land, and instead hired thugs to guard the plot of land.

Unhappy with the development, the Alaafin instructed the princes to apprehend the troublemakers, who were taken to the palace and later handed to men of Operation Burst, an arm of the Oyo State Police Command.

Apparently angered by the arrest of his men, Olawoyin was said to have lodged a false complaint at the State Criminal Investigation Department (SCID) in Ibadan, the state capital, claiming that his relations were assaulted by the Alaafin’s princes.

Acting on this complaint, heavily armed policemen from the SCID last Monday at about midnight stormed Oyo town in four private cars to arrest the princes and their alleged accomplices.

As Sunday Sun gathered, they went first to the residence of an Islamic scholar and coordinator of Muslim pilgrims, Sheikh Dawood Abimbara at Saabo area, where the trigger-happy policemen who were in mufti and numbering about 13, sporadically fired gunshots into the air.

Recounting the terrifying experience he and his wife suffered that night, Sheikh Abimbara said: “The policemen came to our residence around 1.05am while we were asleep and started banging on the gate, shooting indiscriminately into the air. When they noticed there was no response, seven of them jumped over the fence and came into the compound and started going round, knocking loudly on the windows. It was my wife who woke first and roused me saying that unknown people were in the house and knocking on the windows. I got up and checked the time on the wall clock and wondered the people that could come at such odd hour. I remained silent, trying to make some sense of the situation. Then my wife spoke out and demanded to know who they were and what was their mission. They responded that they were policemen from Ibadan who came to arrest me. I was truly shocked and wondered why.”

The Islamic scholar said the policemen warned her to either cooperate or regret the consequence if she dared to refuse opening the door.

Continuing the horrifying tale, Abimbara said: “At this juncture, I was sprawled on the ground. Then I got up to peep out of the window and take a look at their faces. I recognized one of the faces as that of one Yinusa Tijjani, a civilian who led the policemen. When he saw me, he shouted my name. Immediately a policeman standing close to him fired a shot at the window, but did not hit me because I dodged it. I quickly ran into one of the rooms for cover. The policemen eventually broke the door and gained entrance into the house. They beat up my wife who was screaming in pain; one of them pulled her ear and dragged her like that from room-to-room. They ransacked every room. When they got to her room, they ransacked the wardrobe, thinking that I was hiding there; they took her jewellery. Not satisfied, they pulled off the foam mattress and threw it on the floor, because they thought I was under the bed. Under the bed they saw a black polythene bag containing N1.4million and took the money.”

To prove the allegation, he showed reporters the alert he received on his mobile phone from United Bank of Africa (UBA) earlier that Monday after withdrawing N1.3million, which he said belonged to Muslims that could not perform the hajj.

He spoke further: “On the night of the same day, another pilgrim, Shittu Jimoh Ishola came to my house to pay a sum of N100,000, making the total amount to be N1.4million. I kept the money under the pillow wrapped in black nylon and slept on it. When the policemen arrived, I took the money and threw it under the bed, thinking that they would not search under the bed. When they took the money, my wife shouted and one of them pointed a gun at her forehead, threatening to shoot her dead. After about two hours of rigorous search, they left with the money and my wife. When they got into one of the private cars that brought them, and were about to drive off, the officer that led them who wore police bulletproof vest ordered my wife to get down and go back into the house.”

The policemen were said to have organized themselves into four groups to carry out the terror act they perpetrated on the residences of four of the Alaafin’s princes located at Saabo, Oranyan area, Oko-oba along Akinmoorin road, Alaka estate behind Alliance and Sanga, Iyaji quarters respectively.

Narrating the ordeal their ordeal, the oldest of the princes, Totoola Adeyemi who spoke on behalf of the others (Jelili Tema, Mukaila Olaide and Jelili Oreto) said their wives were severely beaten for demanding to know the identities of the strange midnight ‘visitors’ who forcibly gained entrance into their homes.

Hear him: “After the beating, my wife was hit with the butt of the gun on the face. She bled profusely and then collapsed. They handcuffed me and pushed me out of the bedroom, wearing just my knicker and a shirt, into the waiting private vehicle. They did not allow me attend to my wife who was reeling helplessly on the ground. I was taken to the Special Anti-Robbery Squad office at Durbar in the town. While alighting from the vehicle, I saw the three other princes in handcuffs brought in separate vehicles to the same place. We demanded to know our offences; they simply said it was an order from the Oyo State Commissioner of Police. We also demanded for the warrant of arrest. They ignored us. It was at about 2.00am that we got the SARS office. They took our mobile phones and cash and threw us into the cell for hardened criminals.

“After about 30 minutes, we were taken out and moved to the SCID at Iyanganku. On getting to Iyanganku in handcuffs around 3am, we demanded to write a statement but they ignored our request. They told us that Abuja also had interest in dealing with us. We were also pushed into hardened criminals’ cell again. Around 8am the following morning, they took us to the Chief Magistrate Court 2 in Oyo town in handcuffs. Efforts to secure our bail failed, as the policemen told us that the Chief Magistrate could not sit. But we were aware that the Chief Magistrate was in her office and three lawyers who came to represent Tijjani were also in the courtroom with other people. Still with handcuffs inside the court, the policemen hurriedly took us back to the vehicle and drove us to the Abolongo Medium Security Prison located in the town.”

Expectedly, the action of the police, drew a spontaneous reaction from eminent natives in the ancient town, among whom was the retired Archbishop of the Methodist Church, Most Reverend Ayo Ladigbolu, who besieged the office of the Police Area Commander for Oyo, Assistant Commissioner of Police, Wale Oloko, to find out the rationale for the arbitrary use of power.

They wondered why the arrests had to be carried out at midnight with flagrant disregard for dignity of the suspects and their inalienable rights. To their surprise, the Area Commander was said to have told the eminent citizens that he was not aware of the police invasion of the town. Worried and disturbed that such horrendous action was done under his nose, Oloko called the SCID headquarters to find out what happened in his territory. He was said to have expressed strong indignation at such invasion. He apologized for the unruly act of the policemen from the SCID.

The counsel to the princes of the Alaafin, Olawale Omoloye described the police invasion as “bestial and illegal,” saying all those involved must be brought to justice.

Omoloye stated that such police action could only be carried out in the case of heinous crimes like robbery, murder or terrorism and not alleged minor matter like assault.

“Matters involving hardened criminals in which their arrests are difficult during daylight hours due to uncertainty about the whereabouts of the suspects can warrant midnight arrest, but not minor cases of alleged assault to the extent that the suspects were handcuffed. It is brazen infringement of fundamental human rights which must be challenged,” Omoloye argued.

Meanwhile, the four princes of the Alaafin were granted bail on Wednesday by the Chief Magistrate, Mosunmola Omoboye, after they were arraigned for the second time on a four count charge bordering on assault. The case has been adjourned till September 17.