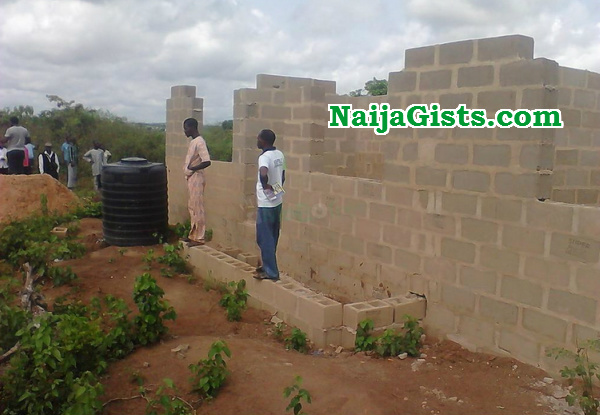 Our correspondent learnt that the land was given to an agricultural firm in the early 80’s by the Ministry of Agriculture and Cooperative to encourage farming and boost food production in the state.

It was learnt that the land was taken over by one Lamina popularly called Sir Kay. He is accused of selling the land and pulling down over 12,000 palm trees on the farm.

Confirming the governor’s directive, the task force Chairman, Mr. Akeem Adedeji, said the government would not condone illegal eviction of rightful land owners from their properties.

The era of land grabbing, he said, was over, warning those involved to desist from the act.

Adedeji said the agency would storm the land and serve quit notices on illegal occupants.

“Sequel to his passion to make life easy for every citizen, the governor has told us to follow due process in our enforcement. So, we will go to the land to serve quit notice on whoever is occupying the land. The occupants will be served papers, the structures found on the land will be marked, after which we will recover the land. The essence is to enable them present their documents, if indeed they have any.

“They will be notified, but the land will be recovered back to the government in accordance with the Governor’s directive,” Adedeji added.

A representative of Shoreman Agro, the owners of the land, who did not want his name mentioned, said its workers were forcefully sent away from the farm by Lamina, who claimed to be working for some land grabbers.

“We got that land between 1982 and 1983, we got the necessary document and approval from the state government and the families who also claimed ownership of the land. The land was a jungle when we started developing it for agricultural purposes. Our farm won the best farmer of the Year in 1989, both in the state and federal.

“The land grabbers led by Lamina, known as Sir Kay, invaded and destroyed our farms, tractors and other facilities. About 12, 000 palm trees were also destroyed while our workers were chased away by thugs.”

He added that the trouble started in 2005 when one of the lawyers, who was a signatory to the land acquisition, died.