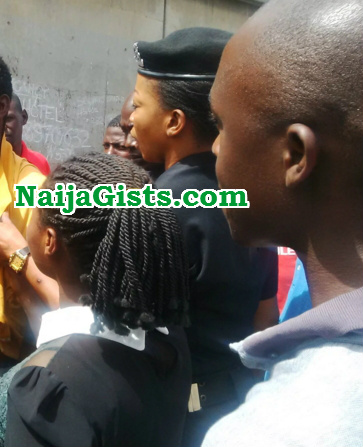 A big madam is currently cooling off at Kirikiri prison for allegedly slapping a police officer on duty.

The 36-year-old suspect identified as Ugochi Eze allegedly slapped one Temi Ade at Itire Police Station in Lagos out of anger last week while the officer was busy investigating a theft case involving the suspect and her  friend, Chioma Alomuna.

She was granted bail in the sum of N30,000 with one surety in like sum.

The mother of two was remanded in prison custody at Kirikiri because she couldn’t meet her bail condition.