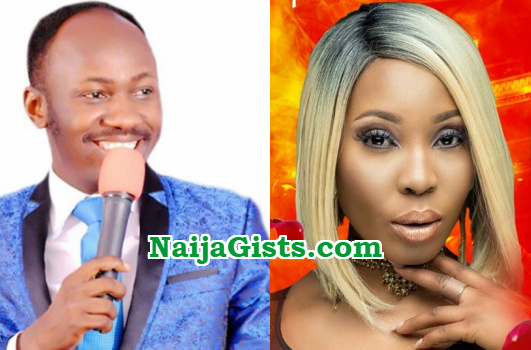 March 6, 2017 – Apostle Suleiman Gets Canada Based Nigerian Lady Pregnant, Promises To Marry Her

Her arrest came a day after Keyamo wrote the Omega Fire Pastor.

Miss Otobo who was arrested in a banking hall on Saturday had earlier demanded N500million from Suleman for damages and breach of promise to marry her.

Otobo was reportedly lured to Nigeria by Suleman so as to force her to abort the pregnancy that might later crashed his marriage.

In a letter addressed to Suleman on Thurday, Festus Keyamo claimed that the unholy relationship between Stephanie and Suleman started in June 2015 after the Pastor told her he had divorced his wife.

The relationship thrived after Apostle Suleman got the lady pregnant and even promised to marry her.

Keyamo gave Suleman a week to make the N500million payment.

He also petitioned Police IGP Ibrahim Idris seeking immediate release of Stephanie Otobo whom he claimed was arrested by the police at the instance of Apostle Suleman.

Stephanie was picked up by police operative inside a banking hall on March 3rd 2017.

See Keyamo’s letter to Suleman and petition letter to IGP below: 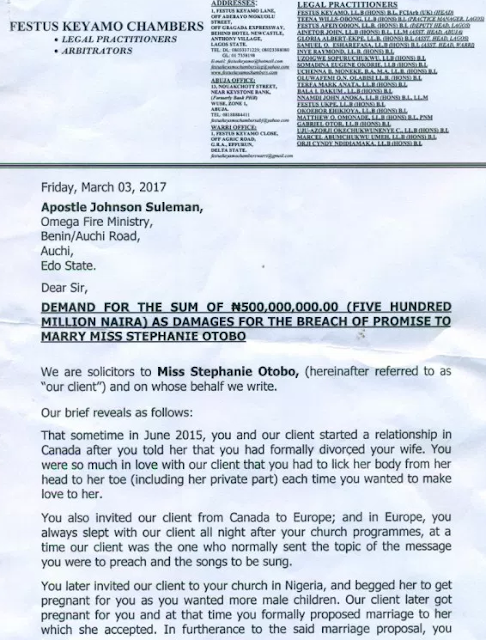 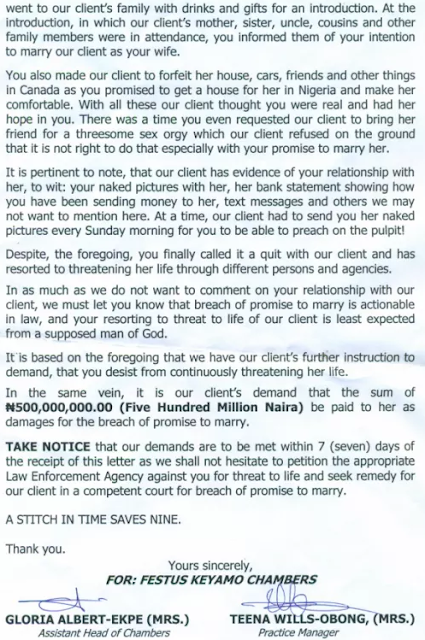 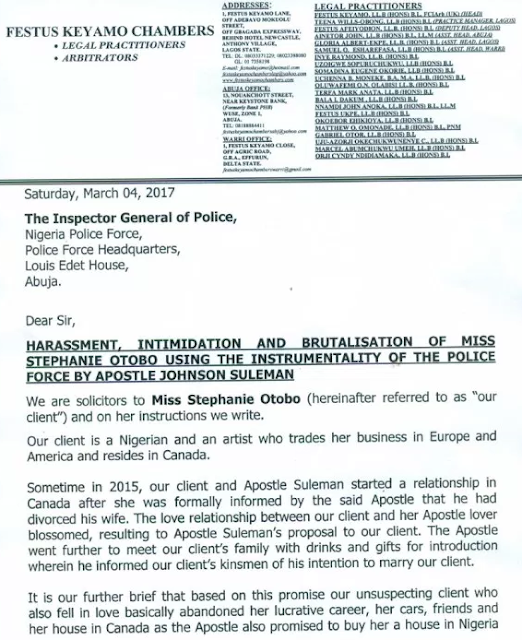 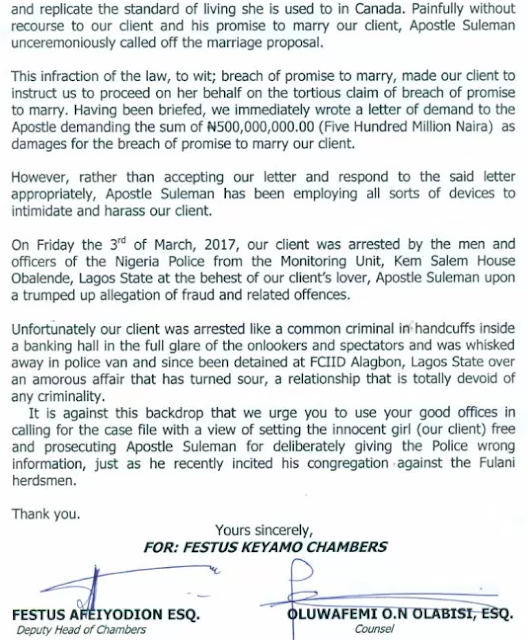 Continue Reading
You may also like...
Related Topics:girlfriend, pregnant, suleman