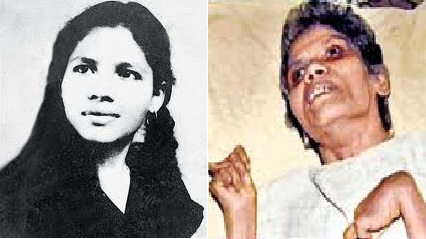 Exactly 42 years after being in a vegetative state, the victim of a brutal rape attack that happened on the 27th of November 1973 has died.

Aruna Shanbaug was a nurse at the KEM Hospital in Mumbai until a sweeper, Sohanlal Bharta Valmiki raped her.

Her attacker wrapped a dog chain around her neck and yanked her back with it. Valmiki tried to rape her but sodomised because she was menstruating.

She was found in an unconscious state the next day. Doctors discovered that she has suffered brain damage due to the chain her attacker wrapped around her neck which cut off oxygen supply to her brain.

Her cortex and other vital parts of the brain were damaged. 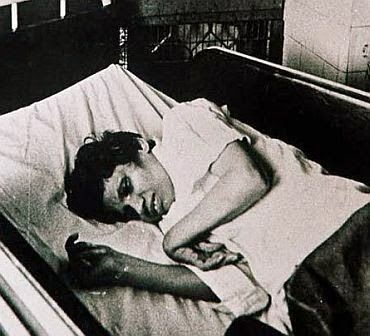 Her fiance, a resident doctor in the hospital, Sundeep Sardesai dumped her after waiting for 4 years. He later married another Indian lady and relocated to the US.

Aruna Shanbaug died on her hospital bed in Mumbai on Monday due to Pneumonia.