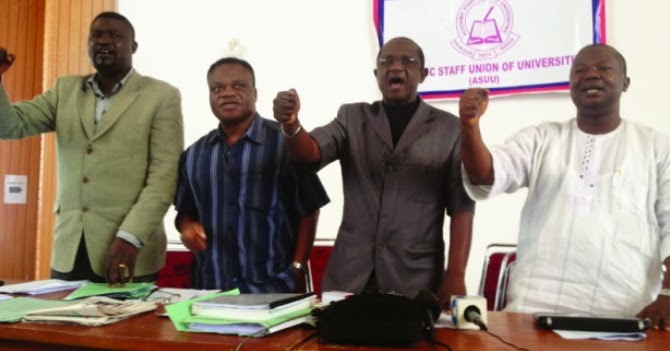 Its being 6 months of heartbreaking expectation from both the Federal Govt and the Academic staff union of Nigerian Universities(ASSU). For 6months we have heard stories like the strike would “soon be over”, I think that statement has being overused and it needs to be.

Synonymous to both FG/ ASSU. Countless times have heard the statement for 6months, a statement which is so deceitful and hope shattering to Nigerians.

The FG/ASSU should outline as matter of being responsible and moral explain to students and Nigerians the cushion effect they both have placed on ground to avoid future occurrence and also explain what they have in pipeline for the lost academic months for them.

Reports just being confirmed now is that the ASSU members have started receiving salaries for work they did not do, 6months salaries are being paid to them for sitting at home in the name of “strike”.

What are the plans the both parties have for students now is the question.
Its very clear now that nobody is paying attention to what the lecturers would be doing in the classrooms when they eventually resume full by January 2014.The compulsory anyhow marking of script, lecture notes being photocopied without the lecturers coming to classes and all that.

What is the Federal Government putting in place to Monitor lecturers that are practically not always present in the classrooms? Now lecturers are all happy that their salaries have started downloading into their accounts, where does that leave the students?

What about wasted months of house rents, delayed graveyard, wasted efforts in staying glued at home. What about students that have lost their lives during the strike? Who is saying anything?

I think we as Nigerians should know that you can’t eat your cake and have it, but i think both parties FG/ASSU has just gotten away with their tussle, they are sure having drinks as am writing you this.

No one is making a public apology to parents/students for wasted months.