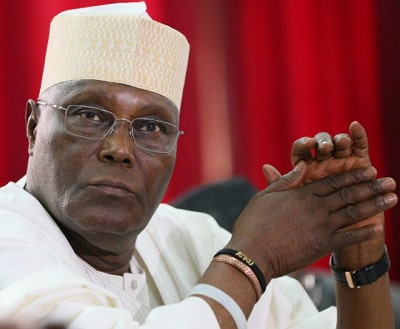 The Presidential Election Petition Tribunal (PEPT) has rejected the request by Atiku Abubakar and his party, the Peoples Democratic Party (PDP) for permission to inspect a supposed central server, which they claimed the Independent National Electoral Commission (INEC) used to transmit electronically, results of the last presidential election.

In a unanimous ruling on Monday, a five-man panel of the tribunal, led by Justice Mohammed Garba, dismissed the application filed by Atiku and the PDP, to that effect.

The tribunal said, since parties to the petition by Atiku and PDP were disputing the existence or otherwise of an INEC central server, it was wrong for it to grant the petitioners’ request to inspect a server, whose existence, usage or otherwise was being disputed by parties.

It noted that by averments contained in processes filed by parties, they have joined issues on whether or not there is a central server and whether or not INEC deployed it for the election.

The tribunal said granting the petitioners’ request to inspect a server, which the supposed owner said did not exist, will amount to the tribunal agreeing that a server actually exists.

It said the issue about the existence of a server, which forms a substantial part of the petition filed by Atiku and the PDP, should be determined at the hearing of the main petition.

The tribunal dismissed the application filed by Atiku and the PDP on May 8. 2019.

Atiku and the PDP, in their petition before the tribunal, claimed that they won the election based on results they downloaded from the said INEC central server, which INEC has consistently denied its existence.