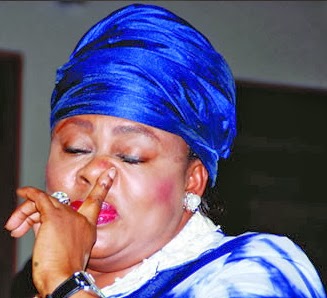 Controversial Nigerian aviation minister Stella Oduah is now in a fresh scandal over an MBA degree she reportedly received from a US-based University.

According to Sahara news, Stella Oduah’s MBA Certificate is a forged one as the University in question, St Paul’s College Lawrenceville doesn’t offer MBA degree.

Here is how Sahara reported it:

“Her resume, which she presented to the Senate as a ministerial nominee in 2011, indicated she obtained a Master’s degree in Business Administration (MBA) from St. Paul’s College Lawrenceville, Virginia, United States.

“But SaharaReporters has learned from the President of the college that it has never in its 125-year history had a graduate school or graduate program.

“Similarly, the school’s website states: “Saint Paul’s College is accredited by the Commission of Colleges of the Southern Association of Colleges and Schools to award baccalaureate [bachelor’s] degrees.” There is no mention of graduate degrees.

“The Minister’s documentation shows she received an undergraduate degree in accounting from the college in 1982, but Dr. Claud Flythe, St. Paul’s current president, could neither confirm nor deny this during a phone conversation with SaharaReporters. Further verification with the Office of Alumni Affairs is also currently impossible, the school said, because the college has been closed since June 2013 to loss of its accreditation.

“[Oduah] realized very early in life the indispensability of a sound education in her growth plans in life and therefore pursued her education with all diligence and sense of purpose,” her documents claimed, adding that a determination “to have the best education at the highest level” prompted her stay at the Virginia college in 1983 for the MBA programme.

“As her public relations machinery marched on, in December 2012 The Sun newspaper published an article headlined “Stella Oduah: An Amazon of transformation,” which lauded her “MBA from St Paul’s College, Lawrenceville Virginia USA.” The story also praised her for being an official who brought her “rich educational background to bear on the aviation sector by automating revenue centers in all the agencies and parastatals to boost their revenue profile and enhance transparency and accountability in the system.”

It was Sahara who broke the news of Stella Oduah’s BMW cars’ purchase in October.