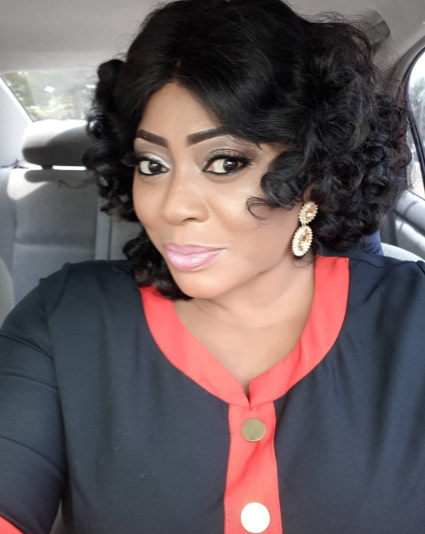 Nollywood actress Ayo Adesanya was at the premiere of Kunle Afolayan’s newest movie, Omugwo yesterday Friday the 7th of April, where she talked about her role as a baby sitter and her interaction with veteran actor Patience Ozokwor aka Mama Gee and Ken Erics Ugo in this interview conducted by Morenike Adetunji and Favour Igbafen at the Genesis Deluxe Cinemas.

How do you feel being on the movie, Omugwo?

What were the challenges playing Candace in the movie?

I think she’s just a crazy woman, and being that brought me out of my shell, because I’m a very reserved person. Seriously when I do this is when I’m working. When I’m in front of a camera, it’s a different story for me, and with the help of my director, I was able to feel it is actually a comfort zone for me. You know, I love comedy. Naturally sometimes when I talk people just laugh, but I’m not your stand-up comedy kind of person. But I just love comedy, so it was a comfort zone, and I was able to push through.

How was working with the other people on the set?

We were a big family, we were one happy family. Is it Mama G? She was there for everybody with her prayers and love to share, she was actually a very warm person. And Ken Erics. That was the first time I was working with Mama G and Ken Erics. And we were like one big family. Funny enough, Ken Erics and Mama G are Igbos and Omowunmi Dada and I are Yoruba. We just bonded instantly, because first and foremost we are artistes; that worked for us, we were together, even after working, the unity was there. 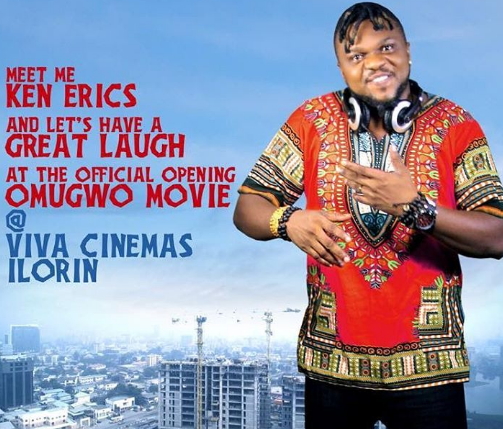 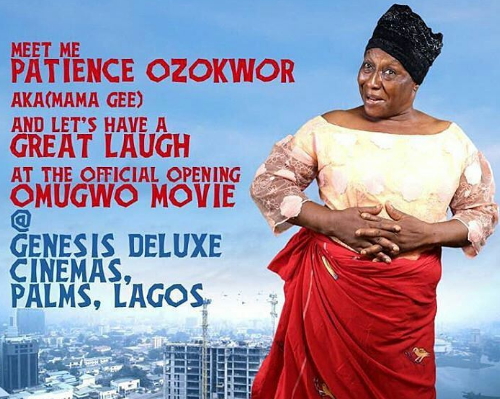 How did you feel acting along with Mama G for the first time?

I have been acting for a while. I already know what acting is, at a point though, when I heard Mama G was playing that role, I said this woman is going to abuse me ‘tire’, I knew she was going to give it to me raw. So most times when she does a scene, I would just go and peep, watching what she would do, she would be doing all sorts of things, I’ll just be laughing that look at this woman. It was just fun all the way.

What did you take home from this movie?

A lot, after watching this movie, I actually found out that ‘Omugwo’ is something, excuse me for calling it a ritual, seriously if there’s anything like a positive ritual, it’s actually a positive ritual. It works wonders. Like I said, young mums, sometimes they are out of their states, they don’t stay where their mothers are, so tradition would demand that their mum (the new grandma) mostly from the village come and babysit their grandchild. And then when you don’t have anybody with you, it’s mental stress. Some people actually get mentally deranged if they don’t find somebody to help them because the baby keeps crying, and you don’t know what the baby wants.

Naivety in situations like that can be demoralising. But when you have your family, you guys can shift it, your husband is there, everyone is there, you have a wonderful and perfect healing. When I get to that stage of doing the Omugwo, I will do the Omugwo well.

How does it feel coming back to the cinema?

Coming to cinema now is a big step. Like I said, it’s a privilege getting this role, playing this character, and coming back to cinemas is a privilege. First and foremost, I’m grateful to God for letting me play that character, for giving me the opportunity to express myself through the eyes of the director. And coming to cinema now, you know it’s a different ball game, I’m just excited. I’m very happy and deeply grateful to God.

How did you feel hiding somewhere in the cinema and hearing people pass comments about you?

A lot of people were even abusing me, I heard someone say this Ayo is just crazy. It’s normal now, it’s just a movie, I’m used to it. If I walk into a place now and I’m a very shy person, people don’t know, I will just keep quiet, I won’t say anything and listen to everybody. Just trying to listen to people’s opinion about you, it’s fun. It can be scary though; some people can make some odd comments.