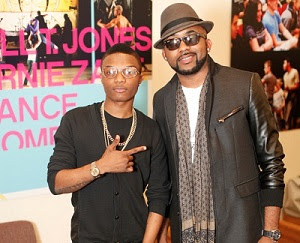 Mr Capable who admitted Wizkid is going international said he is currently working out a new deal with him.

Read what he told Silverbird Television below:

“Wizkid is going international and as a result we have to re-negotiate the contract he signed. Wizkid has his own idea of how he wants to do things and he has plans for himself too. Wizkid is still with us, there’s no problem, things will be sorted out soon”

EME is afraid of losing the star boy.