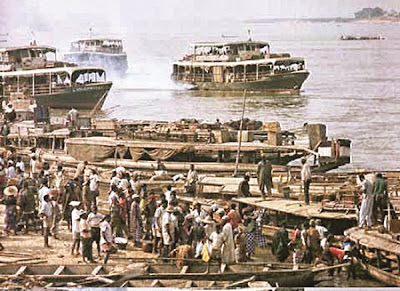 A boat carrying 150 passengers on River Niger capsized on Friday while traders where returning from Malilli Village to Tunga Illo village in Borgu LGA of Niger State.

According to rescuers on site, dead bodies of 42 passengers were found with others still missing.

The Secretary to Niger State Government who confirmed the incident said; ”We believe that the boat was overloaded because the boat’s capacity was put at 60 passengers, but over 150 passengers were said to be on board during the incident. The debris in the swollen river may also have been responsible for the incident”.

A mass burial has been scheduled for the victims at the river’s bank as villagers alerted to watch out for more floating corpses.

What a tragedy! May their souls rest in perfect peace