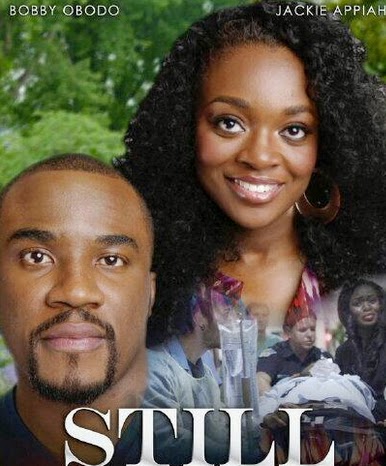 In a recent chat, Obodo said his relationship status is complicated.

He also debunked Nollywood insiders report of his romance with the Gollywood actress.

“It is not true that I am in a relationship with Jackie Appiah. There is nothing amorous between us. We are not engaged or planning to get married; there is nothing like that. Marriage is out of the picture for us.

“My relationship status is ‘complicated’ because I was married and later got divorced so since then, I have been keeping my private life abreast. I would rather not talk much about it because of what I went through. I just left a relationship that produced beautiful children. Right now I am just focused on being on top of my game with my show business.” – Bobby told Saturday Beat

Jackie Appiah on the other hand is not coming straight on her alleged romance with Bobby Obodo.

She has forwarded all requests to her manager.

REVEALED: Why Nollywood Actresses Are Sleeping With Producers & How Prostitutes Are Using N. For Cover
Nollywood Actor Kenneth Okonkwo Says He’s A SAN