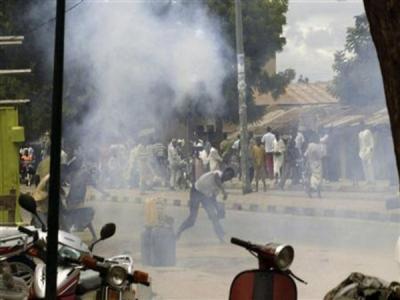 “The bomb, which was planted by the roadside, went off as people were closing for the day,” he said.

“Forensic experts have been conducting investigation into the incident and bomb fragments have been taken to Abuja for analysis.”

The attacks followed series of explosions which occurred in three northern cities of the country last weekend and which reportedly left more than 150 people dead.

When are we going to experience the end of these ceaseless attacks in Nigeria?