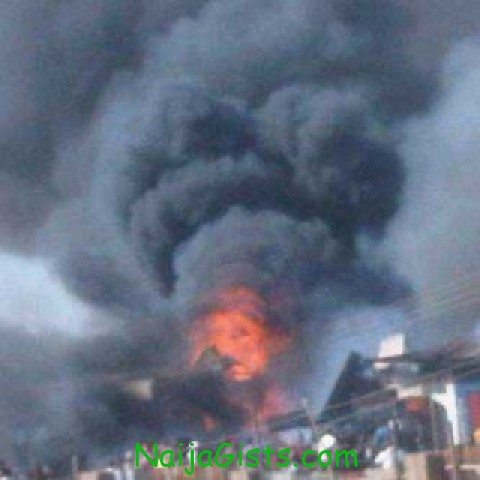 The latest Boko Haram attack is a suicide mission according to a report released by the Nigerian Army.

50 Liters of IEDs were used to carry out this deadly attack. naijagists.com

At about 1218pm on Tuesday 7th February 2012, a failed suicide bomb attempt was made on the Headquarters Complex of 1 Division Nigerian Army Kawo, Kaduna. The 2 suicide bombers came in two vehicles, a Sienna Toyota Space Bus and a Honda Accord. The drivers of the two vehicles overran the security post and the lawn leading to the Headquarters complex. One of the vehicles (Toyota Sienna Space Bus) exploded by the Car Park directly in front of the Headquarters, when a soldier opened fire on the car after the attacker refused to stop which made him loose control of the vehicle.

??“The second vehicle which did not explode (Honda Accord) was loaded with 10 numbers of 20 liters of Improvised Explosive Devices (IEDs), 4 numbers of 30 liters loaded with IEDs and 2 numbers of large peak milk containers also loaded with IEDs. The suicide bomber in the Toyota Sienna Space Bus died in the attempt, while there was no casualty on the part of (our) own troops.”?

The statement did not reveal the nature of attacks on the Airforce base and the flyover in front of the army base. Also, the army authorities did not provide to our sources further information, videos or photos relating to the attack.??It would be recalled that soldiers at the 1st Mechanized Division were involved in the arrest of suspected Boko Haram sponsor and arms dealer, Nuhu Mohammed and his son, both accused of aiding the Muslim militant group in Kaduna.  They have remained in detention within the army base from where they have made their court appearances.

Boko Haram has come forward to claim responsibility for this suicide attack.