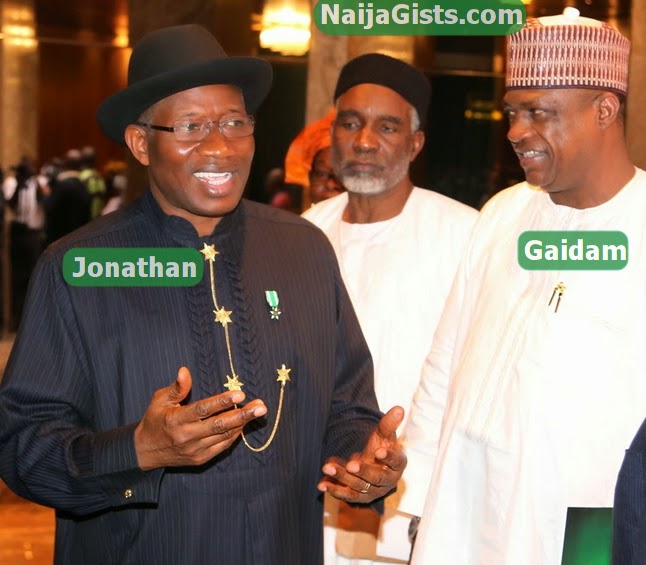 Worried by the killing of 35 pupils by a suicide bomber, a distraught Governor Ibrahim Gaidam asked President Goodluck Jonathan to explain to the people why insurgents were having a field day, despite the imposition of a state of emergency.

He said the Federal Government must take action instead of indulging in the condemnation of such attacks.

The governor expressed his mind in a statement by his Special Adviser on Press Affairs and Information, Abdullahi Bego, said: “This morning, our state woke up to a very sad and heart-breaking news of a bomb attack on our young students at Government Comprehensive School, Potiskum in which no fewer than 35 students were killed and many more injured.

”The thoughts of His Excellency Governor Ibrahim Gaidam and his prayers are with the parents, teachers and families of the innocent victims of this callous and reprehensible attack.

”The governor is heartbroken and words cannot adequately convey the extent of his remorse and sadness.

”Governor Gaidam deeply regrets that all of these dastardly attacks took place under a climate of Emergency Rule declared in Yobe, Borno and Adamawa states by President Goodluck Jonathan.

”In theory, the Emergency Rule Declaration was a signal that more vigorous steps would be taken to protect the lives and property of people in the affected states and deploy the full might of the federal government to restore peace and security.

“Unfortunately, this has not been fully the case. Instead of forcing insurgents and criminals to flee; the insurgents are forcing innocent people to flee and making life miserable for everyone.

”Governor Gaidam believes that President Goodluck Jonathan has a very urgent responsibility to explain to the people of Yobe State and people all across the affected states why murderous and callous insurgent and criminal attacks are still on the rise despite the State of Emergency.”

Gaidam demanded immediate action by the government to stem the tide of bombings in the state.

The statement added: “The governor also believes that it is not just enough for the federal government to condemn the almost daily rounds of violence. He believes urgent action must be taken right now to restore a fast waning public confidence by doing whatever it takes to stop the escalating violence.”

The governor ordered immediate closure of all public schools until the security situation in the state is reviewed.

The statement said: “Governor Gaidam has also ordered for the immediate closure of all public schools around the Potiskum area until a full review of the situation is undertaken.

”The governor has called on people throughout Yobe State to exercise restraint and continue to pray for the intervention of Almighty Allah (SWT).

”He assured members of the general public that despite the State of Emergency in place, he will continue to do everything within his powers to get the federal government to do more and also to continue to offer his administration’s support to all people affected.”

The governor directed hospital authorities in Potiskum to provide immediate medical support to victims of the attack free of charge. The Yobe State Government will also foot the medical bills of some of the victims who have been referred to the Federal Medical Centres in Nguru and Azare.

”The governor has also directed the Commissioner of Health to undertake regular review of the conditions of victims and suggest what additional measures might be needed to help them recover.”