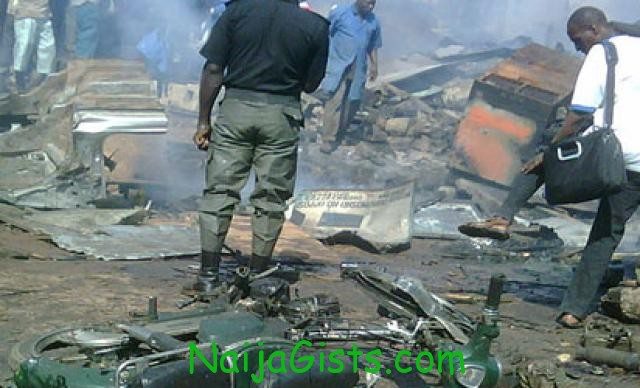 On Sunday, Kano state Police said seven persons died and many others injured in a bomb attack on worshippers at Bayero University, Kano, on Sunday morning.

The Police Public Relations Officer, ASP Magaji Majiya, who made the confirmation, said in a telephone interview with the News Agency of Nigeria (NAN) that the injured were taken to Aminu Kano Teaching Hospital.

An eyewitness said some gunmen attacked the faithful while they were holding a service at 8.45 a.m. in a lecture theatre at the old site of the university.The witness said the gunmen threw some Improvised Explosives Devices in the lecture theatre and opened fire on those who attempted to run away from the scene.

The witness said members of the Joint Military Task Force (JTF)later arrived at the scene and engaged the attackers in a gun battle.The JTF Spokesman, Lt Ikedichi Iweha, said military operatives had been deployed to the area to restore order.Iweha refused to give further details, saying:“I can’t give you in details what happened as our people are now at the scene of the incident”.

God have mercy on us oooo.