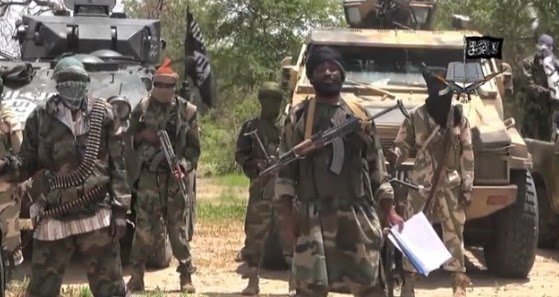 Several weeks after Lagos Security operatives sought to cover up the bomb explosion that happened at a fuel tanker depot in Apapa area of Lagos, Boko Haram leader Abubakar Shekau has spoken.

In a 15-minute video given to AFP (French News agency), the leader of the Islamic Jihadist group, Abubakar Shekau claimed he was the one who sent the female suicide bomber to the Apapa terminal.

Read what Shekau said in the video:

“I ordered (the bomber) who went and detonated it,“You said it was an accidental blaze. You can hide before the people, but not before Allah.”

“We were the ones who detonated the bomb in filthy Abuja” that killed at least 22 people,

In the same recording, Shekau voices support for the extremist militant group ISIS, which has taken over large swathes of Iraq and Syria.

He also mocked the “Bring back our girls” campaign, calling for the release of more than 200 schoolgirls kidnapped in Chibok, Borno State, on April 15. Boko Haram claimed responsibility for the abductions, showing some of the girls in a video as they recited part of the Holy Quran.

Shekau released his video as Malala Yousafzai, the teenage Pakistani schoolgirl who became an education campaigner after she was shot by militants, spoke in Abuja where she met the missing girls’ relatives.

Haaaaa If God were man, Boko Haram would have become a thing of the past, but He is a merciful and patient God… He sees all and knows all. Please Lord prove yourself, let there be an end to these blood sheds.