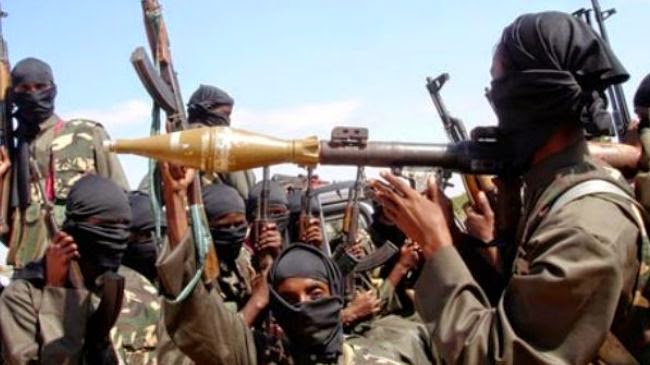 Not less than 9 church members were killed in an attack at a church in Gwoza LGA of Borno state on Sunday.

“Some armed men stormed a church at Attagara village in Gwoza Local Government and opened fire on worshippers during the Sunday service at about 9.30 a.m., killing nine people,” the police source said, adding that the community also mobilised and succeeded in killing four of the attackers.

“The attack occurred in the morning at about 9.30 a.m. at EYN Church while the service was going on. Our church has some men as security group. They usually keep vigilance, especially when service is going on. As we were holding the service, we started hearing gunshots and everybody fled, some through the windows and ran into bush.

“Men in the community immediately mobilised and pursued the Boko Haram men. They were more than 10, they came with motorcycles and a car.

“Our vigilante killed four of the Boko Haram and arrested three. I later discovered nine of our men in the church security group were shot dead. I left Attangara yesterday (Sunday) afternoon, slept at Gwoza, to get to Maiduguri today (Monday),” Marcus said.

An indigene of the area living in Maiduguri said his relation in Gwoza town, who visited the village on Sunday afternoon, told him about the incident.

Meanwhile, the military also said nine Boko Haram insurgents were killed in a shoot-out in the state duringg a patrol. Director, Defence Information, Maj-Gen Chris Olukolade, said in a statement sent to journalists in Maiduguri yesterday that troops on patrol successfully repelled an ambush in Buratai, Biu Local Government in the south. “The troops who were ambushed by the terrorists while on  patrol, engaged in a fire fight killing four of them and capturing one.

In Kawuri,  Konduga Local Government located in the central part of the state, he said soldiers also killed five insurgents in a gun duel. “The troops also seized two AK 47 rifles and two vehicles used by the terrorists.”