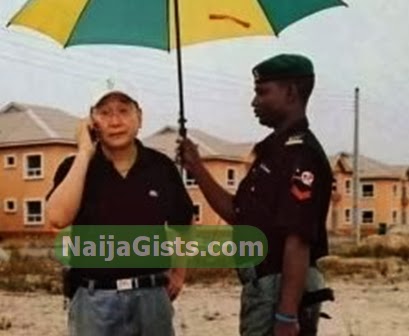 The Jonathan government admitted as contained in a BBC press release by the minister of the Economy, Ngozi Okonjo-Iweala, that it could not find a missing figure of up to $20 billion. This sum being only for seventeen months out of a total of four years of the current administration, for which missing/stolen figures for the entire period are expected to surpass $100 billion—that’s about double the annual budget being stolen yearly. The answer to Nigerians demanding, “#WhereIsOurMoney?” was the invitation of the colonial master by President Jonathan, to help figure out where such a massive sum could be hiding. As announced this week, PriceWaterHouseCoopers is coming to do that.

234 girls were successfully abducted by Boko Haram terrorists on April 15th. The Nigerian government first announced that they had rescued all but eight of the abducted girls; this in an obvious, wicked attempt to avert local and international anger. This unconscionable, unbelievable crime against humanity perpetuated by the security services was exposed when the school administrators and state government publicly denied the government’s claim. In answer to the world demanding, “#BringBackOurGirls!” the Nigerian government has invited the colonial master to help find them. Not many colonial masters are needed; it’s just about expertise—intelligence, ability and tools. Seven guys came from USA. Of course they have drones and satellites to commandeer to the effort. Nigeria does not have smart enough people, and invested all its money purchasing private jets and diamond studded bling-bling, so the nation does not have the tools either. Yup, 168 million of us, with a teeming smart and strong youth population, lack the will and power to engage and defeat Boko Haram terrorism.

Before you get the intent of this piece wrong: I do not have any objection to the great Americans coming to help us “monkeys;” no, not at all. I acknowledge more than anyone else that we Nigerians lack the mental capacity to solve our increasingly embarrassingly, martian, complex and bloodily filthy problems. I have no shame in our linen being washed by the colonial master at whatever exorbitant rate. I recognize that not a single of 168 million Nigerians and not even all combined have the ability to find even a dollar out of $20-100 billion missing; we have no clue how to look for this money, and will never be able to find this sum, perhaps if it was $999 trillion, or gazillion, we would be able to spot it. I do understand too that we lack the intellectual capacity to find two hundred and thirty four girls, and to address Boko Haram terror. My resignation and desire at this point is for full colonization. Let’s face it: we have failed. We are hopeless. We are worthless. We are a dangerous nuisance to our children, our neighbors and the entire world. As children are seized to custody from derelict and unstable parents, so also should Nigeria in totality be handed over to colonial, Caucasian, preferably, masters. Not just the missing billions, not just the missing daughters, the missing substance of Nigeria need be rescued by the colonial master.

Take a look at our Niger Delta: we pollute the planet more than any nation on earth. Should this not be rescued by the colonialist too? We are still burning gas and coloring the night sky red in Bayelsa. Half-and half does not work, because then the colonialist will exploit and sh!t on us just to embarrass us; but if we give him the whole, he would owe it to himself to behave more conscionably. And yes, we all know he will exploit us, but by how much? Tops, he will divert 10% of our earnings, right? Compare to what obtains today with the government stealing 50% before it even reaches our soil, then stealing 25% of the 50 that Nigeria gets, in frivolous contracts, then stealing 45% more via oligopolies, cement, tokunbo cars, mobile technology, exploitative Banking, PHCN-power and all other essential utilities that the cabal operate in concert with their government partners, set up and enforced to extort the masses. Does the math not add up? How can a government steal 50+25+45% of 100%? You forgot that out of our Rebased-GDP is income Nigerians abroad send home, which adds to the nations GDP. Yes, today these things that rule us, steal 120% of the nation’s oil revenue (includes repatriated forex). The colonial master in charge will be paradise.

Some of you are looking to APC. Well, truth is, Jonathan and PDP can never win. This is a true statement, not a fact. George W. Bush was re-elected in America, despite the entire world at the time having realized his war against Iraq was built on purely blatant concocted lies. But, yes, Jonathan and PDP can never win; I do not believe a single human being will vote for them. Any last person who does is one who hears his soul wailing and bewrayeth it not (Proverb 29:24. The partner of a thief hates his own life; he hears the curse, but discloses nothing.). I do not believe there is a single non government person (includes government sponsored cabal and touts) left who will put his thumb down for these thieves; any party can beat PDP. Any Party or imagination of a Party is 100 times better than these things in power. Obasanjo was a thief but a President too. Babangida was a thief, but a President too. Even Abacha was a thief, but also a President. These were thieving presidents. Today we have a thief, thief. A thieving thief. An illiterate thief first family. This is very unique. That we elected these people into power, a president who as State governor was already known to sponsor militant terror and whose household in 2006, was already incriminated in theft and money laundering by the Nigerian financial crimes commission EFCC—which had caught Patience twice, trying, unsuccessfully at that—the illiterate—to launder $13.6 million dollars; her prosecution which of course was interfered with by her husband, our President today. The Chibok girls will ask us on judgment day why we put such leaders on them, that’s for certainty. We will say—because his name was Goodluck, or because he proclaimed our faith; no we can’t lie that day, so we will perhaps say, because we did not really think, or because we were wicked, that’s why we sent these girls whose only offence was being born in Nigeria, into the bushes to be raped and killed in a nation freely breeding terror thanks to its security funds being wholly looted and it being ruled by the worst of its people. Was the president really a professor? I doubt it; but then, considering that Patience, yes, #DiaRISGODo, and “na only you waka come?” Patience was a teacher and Permanent Secretary in Bayelsa, he could have been.

But let’s get back to APC. What is the first test of APC? One is to and how they select their candidates for us. They simply can’t seem to get that done, and all indications point to them still desiring to keep Nigeria locked in the prehistoric recycle cage of the likes of the sleepers at the National conference. May the dead rest in peace. The second challenge of the APC before they take the reins, is to win; and what is their winning formula? They, like buddy Joe, hired AKPD media. Yes, you heard right. They hired the colonialist to help them win. They hired the Obama campaign group to make it happen, the white master from America. The APC, like Jonathan could not find a single of the 168 million Nigerians who was competent enough to strategize how they could win this already given slam dunk. They had to call in the white master to arrange their campaign.

Indeed I do respect the colonial master. Since March of 2013 Joel Brinkley, one of them told us via Chicago Times, that it was time already for Joe to be impeached. Had we done so then, not even attempted it, perhaps today our daughters will be at home and many would not be dead, poisoned, kidnapped, bombed across Nigeria. But the APC guys in government did not even attempt to impeach him or get him arraigned in international crimes against humanity courts; so what type of human beings are they, really? Political animals right? No fiber of humanity? They watch you die and say- oh, die now, we will help the rest in 2015 if the rest left help us get in then.

No, we do not see evidence that APC will bring forth the revolution that is the only alternative to inviting a full colonial re-occupation. Will APC ever decide to organize a true awake-conference of new minds who can plot a future (and not sleeping minds, who are the problems and stuck in the problems of the past) to figure out a way for the Party and for Nigeria? I doubt that. All they bank on is Atiku’s money, Tinubu’s money and Buhari’s history. Right now Nigerians are desperate and we are resolute, we do not care who stole what. Jonathan and Diezani can go, can get lost with their looted billions; all we want is for these thieves to all get lost. Whoever can and shall sponsor the new generation, new mind and new Nigeria revolution, shall be allowed to do so, but that aside, all them thieves need to simply scamper with the loot before things happen. And yes, to the question of our lack of respect for them—respect is only given to whom it is due. Who gave Patience the audacity to invite Chibok victims to her demonstration of shame? Who gave her the audacity to have these great human beings of our society arrested? Who lied that the abducted girls were freed? Who stole money for State security? That’s the point; there is no respect due for miscreant, thieves and proud, usurpist illiterates. There is nothing bad about illiteracy; it’s only a curse when the hopelessly illiterate wangle their way to official positions of power over those who went to school. No, our parents did not teach us to respect thieves, liars and killers.

So I say—why do we not simply complete it. Our colonization was never completed; it was truncated early before we had learned completely to be white man. We are like a half boiled egg; like a half-operated patient. The sooner we realize our hopeless state and invite the white master to come and take over Nigeria, the better for us. Then we would be on a path to soon being like South Korea. Imagine that!

Every day our daughters stay in the bushes being raped and killed by men created and sponsored by the cabal, the blood of Nigeria boils, irreversibly and unquenchably, for we have erred in the past and we are set to mend our errors and evil tolerance of BS, before God and man. Forgive us Lord for we have sinned; but now we are straight, never to sin such sins again. Never to be silent, never again to tolerate the things we should die fighting. Forgive us Chibok girls.