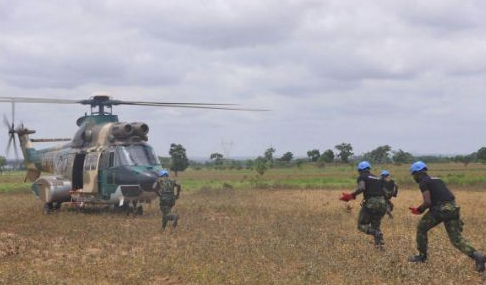 The Nigerian Air force has confirmed that one of its fighter helicopters came under heavy attack by some suspected Boko Haram insurgents who laid ambush in Gwoza on Wednesday.

The Mi-17 chopper taking medical team to check on those at an Internally Displaced Persons camp in Gwoza was shut severally by the insurgents but no causality was recorded expected the airman who sustained bullet wound.

The pilot managed to fly the helicopter to and from the destination.

NAF reportedly deployed a fighter jet and helicopter gunship to neutralize the threat.

The Nigerian Air force spokesperson, Ayodele Famuyiwa said intelligent report by ground troops confirmed scores of the terrorists were killed, signifying that the air attack on the threat location was successful.”