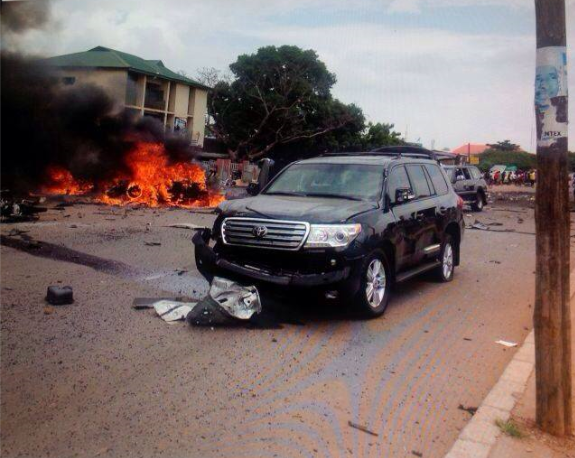 Few hours after a popular Islamic Cleric Dahiru Bauchi escaped a suicide bombing attempt, another bomb explosion has been reported in a crowded place in Kawo area of Kaduna city. 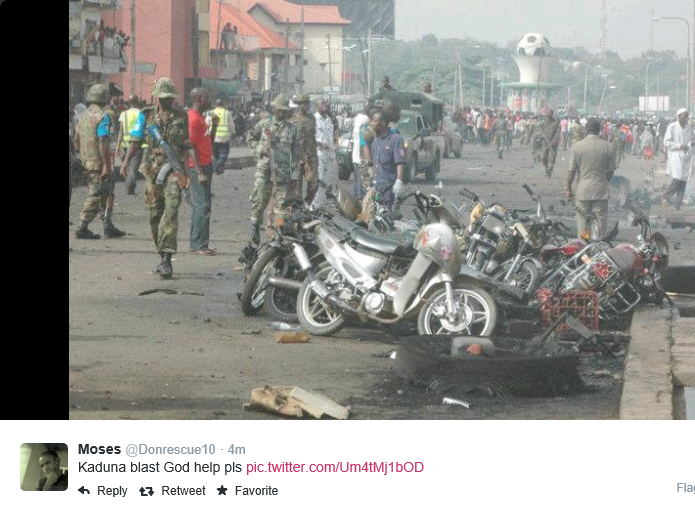 This second explosion happened few kilometers from the scene of the first bombing. The suicide bomber targetted APC leader Muhammadu Buhari’s car, luckily he escaped unhurt but there are body parts scattered all over the scene of the attack.

In the earlier hours of Wednesday, a prominent Islamic cleric escaped an attack on his convoy but 25 people died in the attack.

Dahiru Bauchi is a peace preacher who has publicly criticised Boko Haram Islamists in the past.

While the police confirmed that 25 persons died in the first blast, which took place after a Ramadan Lecture, the number of casualties in the second explosion had yet to be ascertained as of the time of filing this report.

Both attacks were carried out with Volkswagen golf cars packed by the road side.

Meanwhile, the Kaduna State Government has declared a 24-hour curfew in the capital city following the twin bombing in the state capital, according to a statement by the government.