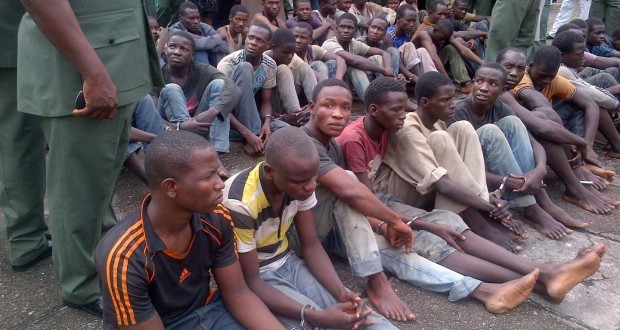 Residents of four local government areas in Akoko, Ondo State, are living in fear, following what has been described as the influx of suspected Boko Haram insurgents.

Akoko is the gateway to the northern part of the country.

It was learnt that a commercial driver alerted the military about the strange movement of some passengers at Oke-Agbe-Akoko in Akoko Northwest Local Government Area.

The passengers, who were suspected to be insurgents from Chad, were arrested by soldiers.

Following the development, residents and others have organised a one-day interactive session with representatives of security agencies.

The forum was held near a military check-point in Ikare-Akoko. It was attended by prominent indigenes of the area, including the caretaker chairmen of the four local governments, traditional rulers, religious leaders, and a lawmaker representing Akoko South East/West Federal Constituency, Babatunde Kolawole.

Others present were Dr. Olu Agunloye, former Commissioner for Youths and Sports Alhaji Yekini Olanipekun and the Ondo State Secretary of the All Progressives Congress (APC) Mr. Rotimi Rahman.

Representatives of security agencies, including Army, Police, Directorate of State Services (DSS), Federal Road Safety Corps (FRSC) and Nigerian Security and Civil Defence Corps (NSCDC), were led to the meeting by the Commanding Officer of the Army in the area, Lt.-Col. Wo Ubi.

The concerned residents and indigenes, at the forum, discussed the level of insecurity in their communities.

They said Akoko, which comprises 40 communities, serves as a gateway for travellers coming from the North to the Southwest.

The meeting was also told that the alleged presence of suspected militants made the communities vulnerable to Boko Haram invasion.

The gathering urged the security chiefs to mount more checkpoints, where those entering the communities would be properly scrutinised.

Kolawole hailed the people for being proactive, saying President Muhammadu Buhari was already taking positive steps to eradicate the activities of the Boko Haram.

The lawmaker, who served as member of ad hoc committee that screened the Service Chiefs, said the security operatives needed to work with the residents to identify strange persons in their midst.

Lt.-Col. Ubi said for security operatives to tackle the matter, they needed the support of the residents for information.

He hailed a driver, who, according to him, “quickly alerted the military about the activities of his passengers at Oke-Agbe-Akoko”.

The military officer said: “If not for the drivers, we won’t know that the passengers were Boko Haram members and they were Chadians. We arrested them and took them to our command where necessary information was gathered from them.”

He promised to inform his superior officers about the demands of the people, particularly additional military checkpoints on all the roads that link Akoko communities with the North.