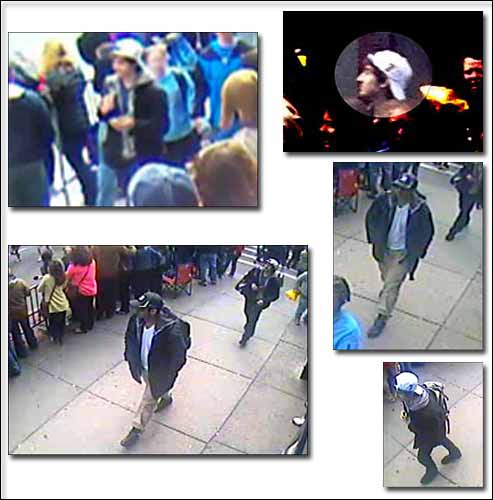 One of the suspected criminal who set up the bombs that killed 3 people and injured 175 others in Boston earlier this week has been killed.

On Thurday FBI released still pictures of the two suspects who carried out the two major bombings.

Before the attack, the two suspected bombers were spotted carrying backpacks while parading the marathon ground. One had a white cap while the other wore a black cap.

The one in the black cap has been killed while the other one is still at large.

The whole city of Watertown in Massachusetts has been shut down to facilitate the second suspect’s capture.