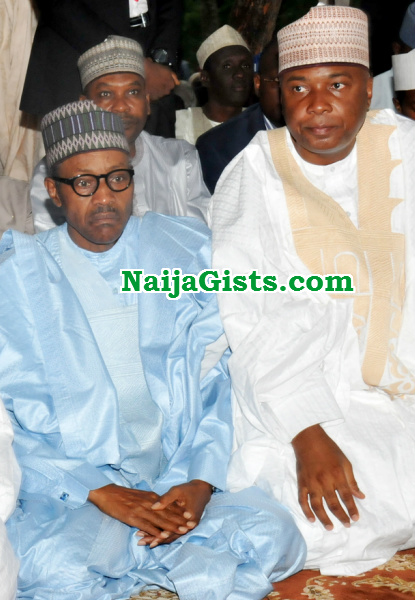 President Buhari yesterday in New York said he will not interfere with the ongoing trial of the Senate President before the CCT (Code of Conduct Tribunal).

Buhari said he will allow the court process to run its course.

Saraki is currently facing a 13-count corruption charge before CCT for false assets declaration and money laundering. The case has been fixed for October 21- 23.

Saraki’s supporters are said to be pleading with emirs and other prominent citizens to put in a word for the Senate president. But Buhari told The Nation in an interview that it would be an impeachable offence if he intervened.

See excerpts from the interview:

The Senate president is facing alleged false assets declaration allegations but you’ve been aloof from the case. What is your position on the issue?

“What has the President got to do with it as a person? The case is in court. Do Nigerians expect me to tell the Chief Justice to tell whichever court that they shouldn’t try the Senate president?

“Do Nigerians know about the constitution of their own country?

The judiciary, the legislature and the executive have got their own roles within the constitution of the Federal Republic of Nigeria. Then, how do they expect me to interfere? I can be successfully impeached if I do it.

Today in Abuja, at least 82 senators passed a vote of confidence on the Senate President. That is a significant number of senators. However, Nigerians will like to know, as the president, how confident are you in the senate president?

That would depend on the outcome of the court’s decision.