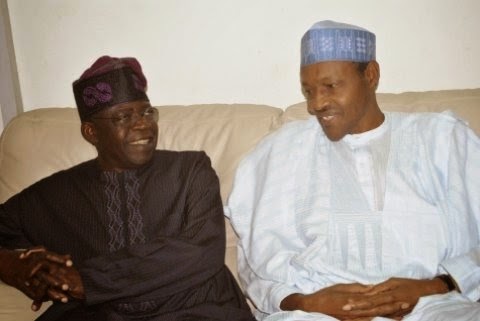 Update: Please note, APC says Buhari has not made up his mind on who he plan to pick as running mate.

According to the Cable, Buhari’s decision to give Tinubu the slot is apparently based on the voting population of the south-west which he is banking on to upstage the Peoples Democratic Party (PDP) in the 2015 presidential election. An aide to Buhari says.

“Politics is not winner-takes-all. Tinubu worked round the clock to deliver a huge chunk of votes to Buhari in the primary, and it is only fair that he is honoured in return.”

The APC party met today in Lagos to pick a running mate for Buhari and some earlier rumors had it that River’s State governor Rotimi Amaechi had been picked. Buhari and Amaechi were spotted leaving together after breakfast this morning at Intercontinental hotel Lagos. 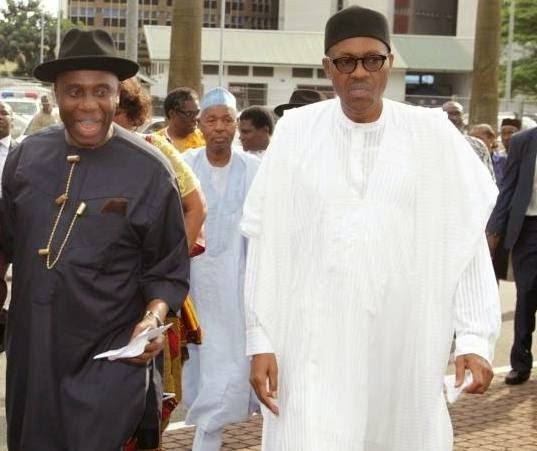 Do you think Tinubu & Buhari ticket is a winning one???