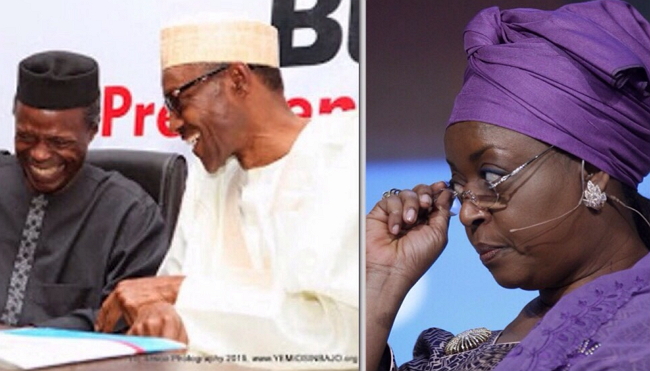 This is a desperate move to force Buhari to stop the ongoing probe of the immediate past President Goodluck Jonathan.

Despite all efforts to get Buhari to accept the refund, SR sources claim that Buhari has rejected the offer citing that the former Petrol Minister oversaw the massive looting of $20 billion that went missing at the NNPC.

According to Presidency sources, Alison has begged El Rufai and other high ranking APC leaders to beg Buhari but the retired military man is standing by his words.

Mrs. Alison-Madueke was one of the closest ministers to former President Goodluck Jonathan, and is reputed to have anchored and facilitated numerous money-laundering scandals and deals that characterized the era of the just-ended Jonathan administration. The former Petroleum Minister oversaw several oil swap deals, the disposition of oil wells handed over by Shell Petroleum to the Nigerian National Petroleum Corporation (NNPC), and the direct looting of funds through the NNPC.

Former Central Bank Governor, Sanusi Lamido Sanusi, was forced out of office after he revealed that the NNPC had failed to remit more than $20 billion in oil revenues with the CBN.