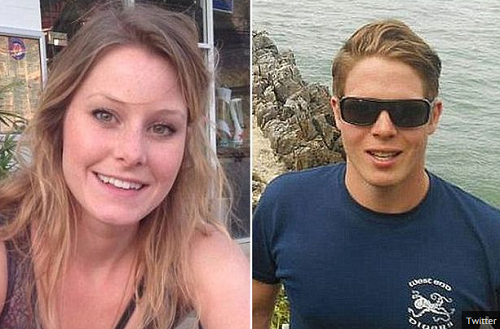 The guy pictured above, Jordan Axani has found a replacement for his ex days after she broke up with him.

But before they broke up, they planned to embark on a world trip. He then took to Reddit to announce to the world if there was any lucky lady who bears the same name with his ex and has the same nationality willing to join him for the once in a life time holiday.

“While our relationship has come to a close, I am still planning on going on the trip and she is not (naturally). And because I hate the idea of a ticket around the world going to waste, I am looking for a Canadian named Elizabeth Gallagher who could use the ticket,” he wrote.

The two will embark on a world trip to New York, Paris, Europe, America, India, Milan, Prague ,and Delhi.

Elizabeth and Jordan are both single. Perfect opportunity for two lucky singles!