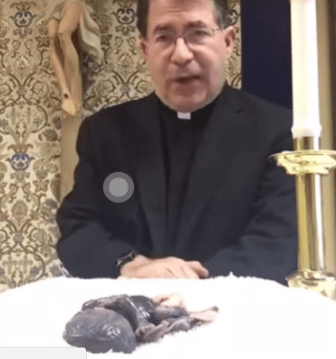 A Catholic priest has come under fire for desecrating the altar by putting a dead fetus on it.

Revered Father Frank Pavone uploaded a shocking video of a dead fetus with this message: 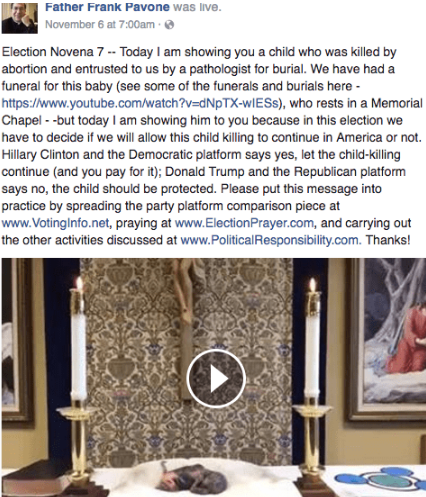 The Catholic priest who later apologised for desecrating the sacred altar said he is happy  to have passed his pro-life message to the masses.