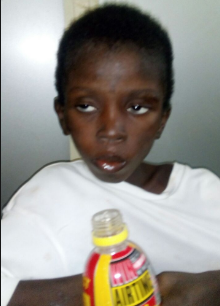 40-year-old Pastor Taiwo Francis, the shepherd in charge of a Celestial Church of Christ in Ota Ogun State has been arrested for allegedly chaining his 9-year-old son in a bid to deliver him from the spirit of stealing.

Little Korede was rescued on Friday in a room where he was tied with chain.

According to police investigation, the suspect who hails from Benin Republic was ordained a Pastor at Celestial Church in 2012. 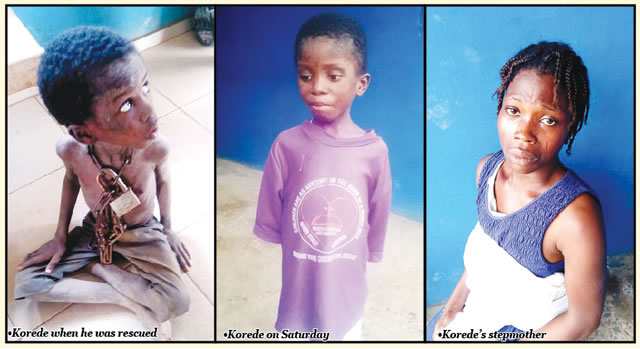 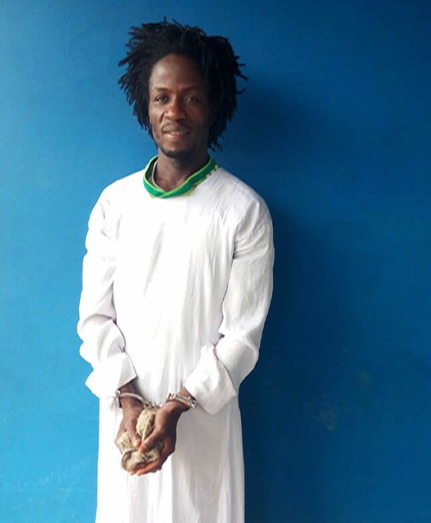 The suspect was married to three women and has five children.

Korede’s mother, Delta-born Marine Taiwo is deceased. She had 2 boys and 2 girls for him before they divorced in 2007 just after she delivered Korede.

His step mother, Kehinde Taiwo is also a suspect in the ongoing case.

On why he chained his son, Pastor Taiwo told police he’s not comfortable with his son’s serial stealing habit.

He claimed he chained him to exorcise the spirit of stealing in him.

The case has been transferred to the Anti Human Trafficking and Child Labour Unit of the Ogun State Command, Abeokuta, for investigation and prosecution.