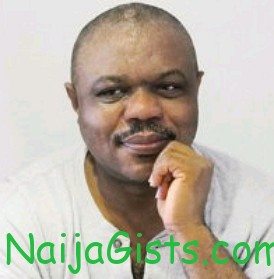 Nigerian artist Chidi Okoye can be described as a man of many talents; he is a sculptor, painter, poet and a modern African artist. Chidi okoye Biography shows that the talented artist had his tertiary education at the Institute of Management and Technology {IMT} , Enugu state, in the eastern part of Nigeria , upon graduating from the Institute in 1988 , Chidi picked up a lecturing job at the Federal Polytechnic in Anambra state where he created several outstanding collections, as a matter of fact, Chidi Okoye paintings were first exhibited at Federal Polytechnic , Anambra in the early 1990s.

Chidi Okoye profile records show that the multi-talented artist was born in Nimo, Anambra state. Chidi was reported not to have taken interest in arts in his childhood, he actually had a dream of becoming a musician, and The Nigerian-Biafran war in 1967 according to Chidi was one of the things that influenced his flair for painting and sculpting.

Chidi was recruited into the Biafran army in 1968 at the age of 7; he was fighting for the Biafra until the end of war in 1970 when Chidi decided to go back to his profession.

Chidi Okoye worked as a professor at the former Bendel state University where several Chidi Okoye water colour products were made, his outstanding collections are not only in sculpting, there are several published Chidi Okoye poems around and the artist also have some of the bestselling literatures as well. Chidi’s first solo exhibition in 1993 “textures of life” was sponsored by Oil giant- Mobil , in the same year 1993 , one of his bestselling books “Lamentation” was launched at the National museum in Lagos.

The question on many people’s mind is; when was Chidi Okoye born? One fact that has given us a clue is that Chidi was recruited into the Biafran army in 1968 at the age of 7, this shows, Chidi was born in 1961. Chidi believes that art has made him to get closer to his environment, people, and heritage. In 1994, Chidi moved to Vancouver Canada where he has been involved in the promotion of several artistic exchange programs. Chidi’s approach to art is influenced by African history. In the year 2001, Okoye moved to Atlanta, Georgia where he was involved in the creative art community in the region.

Chidi Okoye life achievements will not be completed without mentioning some of his works and awards. In the year 2002, The South Fulton County Gallery awarded Chidi Okoye “the best artist of the year” In 2004; he won the Clark Atlanta University’s leadership award.

One of the best Chidi okoye paintings is the “Nelson Mandela Unity series” which were exhibited at the World Economy forum on January 26th, 2005, in Switzerland. Chidi Okoye’s art exhibitions can be found in museums and art galleries in Nigeria, Atlanta, Vancouver and some cities in the United Kingdom.