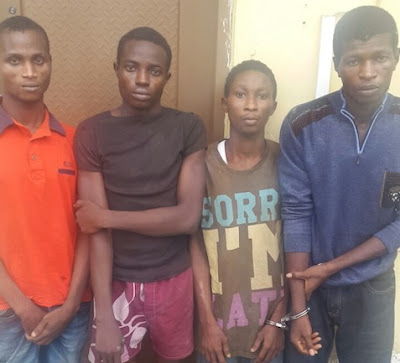 The notorious kidnap gang causing unrest in Ohigba area of Rivers State have been arrested.

On why they killed the gospel preacher, the suspected kidnappers said Pastor Chukwu Ekere, a resident of Ohigba was kidnapped and murdered for preaching the gospel to them and urging them to forsake their evil ways and accept Jesus Christ as their Lord and Saviour.

The suspects are currently in police detention.