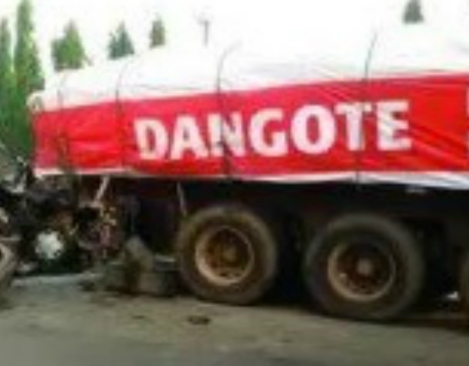 The sight of an early morning accident involving a Dangote branded truck and 3 people at Arepo Bus stop  on the Lagos-Ibadan Expressway yesterday was gory.

The truck driver who refused to stop reportedly crushed three commuters to death before picking race.

All efforts by road users and other motorists to get him to stop failed as he zoomed off towards Magboro.

The mangled bodies of the victims littered the highway for several hours yesterday as motorists watched in shock.