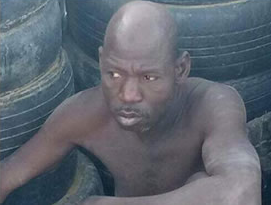 A suspected Boko Haram militant was arrested by the troops of 159 TF Battalion yesterday after claiming that he’s an active member of the Shekau faction of Boko Haram.

The suspect whose terrorism claim couldn’t be ascertained because of his disability was found in possession of 8 working mobile phones, 2 bunch of keys, 2 photos, 2 charms and a walkie talkie. 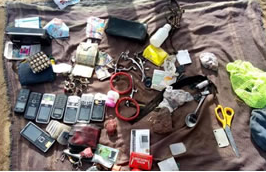 He is currently being investigated.