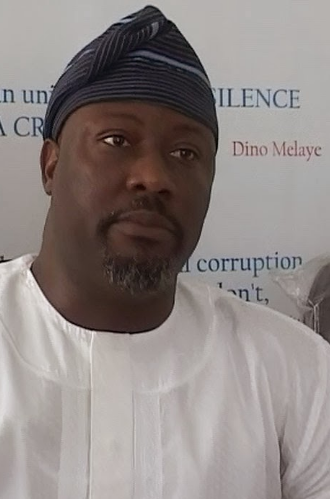 Sources close to Remi Tinubu have come after Senator Dino Melaye for allegedly threatening to rape the female Senator.

Though Dino Melaye later debunked the report by Sahara Reporter, it has been confirmed that Melaye indeed uttered the reckless statement yesterday.

When the senate session became rowdy yesterday, Senator Remi Tinubu cautioned her colleagues to talk with maturity but before she could finish her statement, APC Kogi West Senator Dino Melaye muted her.

Melaye later called on the Senators to fight President Buhari to a standstill. In the process, Remi Tinubu intervened again urging her colleagues to stop issuing childish threats.

At this point, Melaye got angry and called her unprintable names.

Here is the statement he made yesterday that caught the attention of everyone.

“I will beat you up and impregnate you on this floor and nothing will happen,”.

Other Senators later intervened to save Remi Tinubu from further verbal assault.

It is high time Senators stop taking alcohol before heading to work.

This Sayo Senator need some grilling.