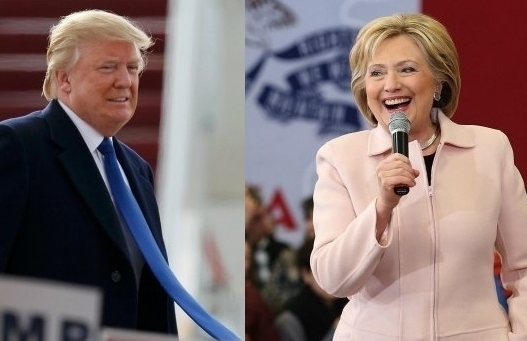 According to BBC, Republican Presidential Candidate Donald J Trump has come after FBI  for clearing his opponent Hillary Clinton of criminal conduct on her emails.

The FBI director said a fresh inquiry into the Democratic candidate’s communications found nothing to change the bureau’s conclusion this summer.

The Clinton campaign said it was “glad” the lingering issue had been resolved.
The dramatic twist lifted a cloud from her campaign as the final day of the marathon US election race loomed.

The latest opinion polls on Sunday, before news broke of the FBI announcement, gave Mrs Clinton a four to five-point lead over Mr Trump.

The Republican nominee cried foul after learning about the law enforcement bureau’s decision.

At a rally in the Detroit suburbs, Mr Trump insisted it would have been impossible for the FBI to review what has been reported to be as many as 650,000 emails in such a short time.

“Right now she’s being protected by a rigged system. It’s a totally rigged system. I’ve been saying it for a long time,” he told supporters in Sterling Heights, Michigan.
“Hillary Clinton is guilty, she knows it, the FBI knows it, the people know it and now it’s up to the American people to deliver justice at the ballot box on November 8.”

While Mrs Clinton herself did not address the FBI director’s letter on the trail, her campaign said it was always confident she would be cleared.