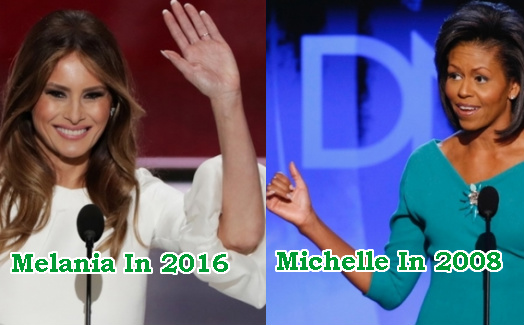 Though Trump campaign team has denied the plagiarism accusations, it is very obvious Michelle Obama’s quotes was lifted word for word.

See the comparison below:

“From a young age, my parents impressed on me the values that you work hard for what you want in life. That your word is your bond; that you do what you say and keep your promise. That you treat people with respect. They taught and showed me values and morals in their daily life. That is a lesson that I continue to pass along to our son and we need to pass those lessons to the many generations that follow. Because want our children in this nation to know that the only limit to your achievements is the strength to your dreams and your willingness to work for them.” 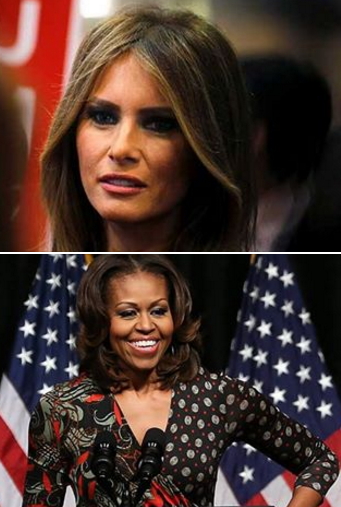 “And Barack and I were raised with so many of the same values: like, you work hard for what you want in life; that your word is your bond; that you do what you say you’re going to do; that you treat people with dignity and respect, even if you don’t know them and even if you don’t agree with them. And Barack and I set out to build lives guided by these values and to pass them onto the next generation, because we want our children — and all children in this nation — to know that the only limit to the height of your achievements is the reach of your dreams and your willingness to work hard for them.”

From the above comparison, it is obvious whoever wrote her speech for her, plagiarized Michelle Obama’s speech without due credit.

RNC Chairman today said the person who wrote Melania Speech would probably be fired for plagiarism.

Is Trump team running out of ideas or what???  #yeyedeysmell for that side