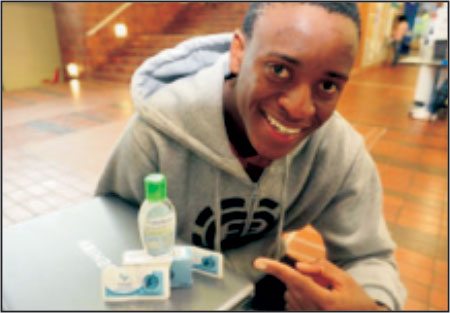 A South African undergraduate student has invented a product that will allow people to shower without water tagged DryBath. naijagists.com

Inspired by a lazy friend who hates taking shower, Ludwick Marishane has made history.

The invention of this first bath product that requires no water is set to be making waves. 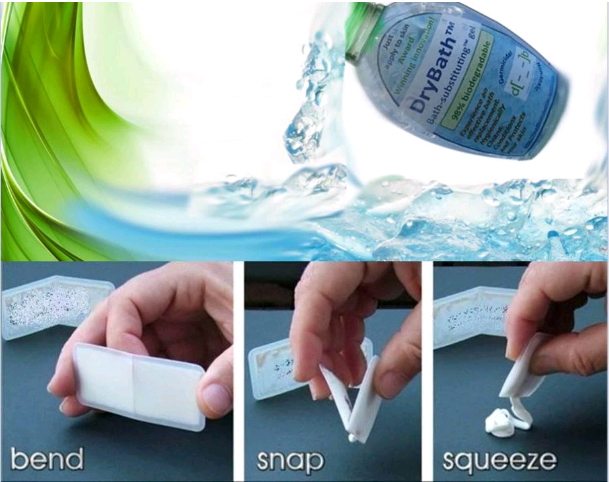 According to dailymail report, 22 year old Ludwick Marishane got this exciting inspiration from a pal who is too lazy to take shower.

After few weeks of research on the net, he came up with a product tagged DryBath.

Ludwick Marishane has won global recognition. He is the winner of 2011 Global Student Enterpreneur Of The Year Award.

DryBath is made of a clear gel applied to skin. The product takes up the work of water and soap.

DryBath is different from anti-bacterial in that it eliminates heavy alcohol smell and in turn creating odourless, biodegradable cleansing film with moisturisers.

How DryBath Came To Be

This idea of showerless bath came up in a poor rural home in the winter when a friend of his said bathing was too much of a bother, made all the worse by a lack of hot water.

‘He was lazy and he happened to say, ‘why doesn’t somebody invent something that you can just put on your skin and you don’t have to bathe’,’ said Marishane.

It was his ‘eureka’ moment.

He then used his web-enabled mobile phone to search through Google and Wikipedia in pursuit of a formula. Six months later, he came up with DryBath and obtained a patent.
The product is now manufactured commercially with clients including major global airlines for use on long-haul flights and governments for its soldiers in the field.

Marishane also sees it helping conserve water in the poorest parts of the world.

‘DryBath will go a long way in helping communities’.

The invention could also prove a indispensable for the half of Britons who recently admitted being too busy or lazy to shower.

Researchers found barely half of adults always wash their hands with soap after visiting the toilet.

And shockingly 27 per cent of workers claim to be too rushed at work to wash and dry their hands properly after visiting the toilet.

Additionally, 58 per cent of men regularly skip the morning shower – with one quarter admitting they would rather have the extra time in bed.

And it’s not just personal hygiene standards which are slipping. A host of household jobs also fall by the wayside as a result of our hectic lifestyles, the report by the ‘The Global Hygiene Council’ found.

One in twenty of the 2,000 adults polled in the Dettol HABIT (Hygiene, Attitudes, Behaviour, Insight & Traits) study said the last time they cleaned their toilet was a month ago and 10 per cent said it was two weeks ago.

Incredibly, one quarter of lazy Brits change their bed sheets just once a month.

Professor John Oxford, Chairman of the Hygiene Council and Professor of Virology at Queen Mary College, University of London, said: ‘We all live extremely busy lives and 21st century living is much faster paced than it was say 20 years ago.(dailymailuk)