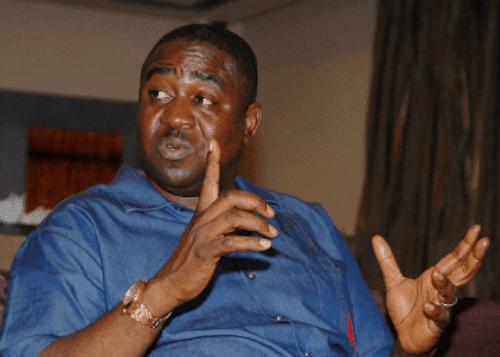 April 13, 2017 – DSS: We Won’t Release Gabriel Suswam Until He Tells Us Why He Has Arms In His Facilities

Ex-Benue state Governor Suswam will continue to stay in detention until he satisfactorily explained his involvement in the large cache of arms recovered at his facilities.

The above was the exact statement of the DSS yesterday on the continued detention of Suswam.  DSS spokesperson Tony Opuiyo yesterday insisted that the ex-governor will be charged according to the law.

“The case of former Governor of Benue State, Gabriel Suswam, is typical· The Service has continued to hold him in line with the dictates of the law – more so, that he has not cooperated on the issues concerning the recovery of large cache of arms at his facilities.

“While investigation is ongoing on this matter, the Service has valid detention warrants to keep him. He will be charged accordingly, once the investigations are concluded.”

One thought on “DSS: We Won’t Release Gabriel Suswam Until He Tells Us Why He Has Arms In His Facilities”